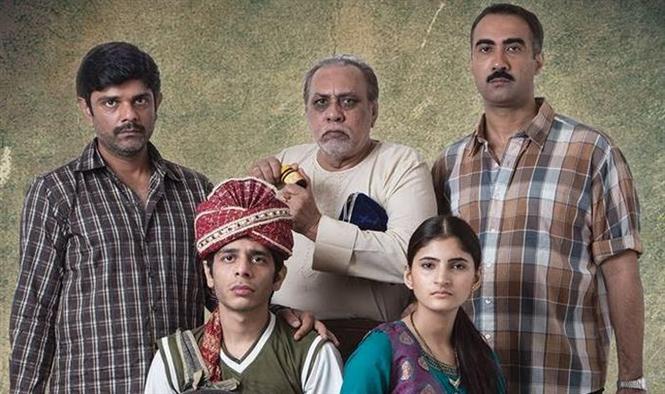 Around 1000 films are produced and released every year in the Indian film industry but only a handful of them entertain their audience in terms of content and performances and are categorized as good movies. Of those, almost every year there’s a movie that stands out in a league of its own. This year KanuBehl’s ‘Titli’ joins that league.

Based in Delhi, the film is about a young boy called Titli (Shashank Arora), who’s brought up in a fierce family of muggers and just wants to escape from his unpleasant world and open a garage of his own. To search a way out amidst all this, he unites with his ‘pseudo’ wife Neelu(ShivaniRaghuvanshi) who has similar dreams of defying the family roots and be with her love ‘Prince’. Will both of them be able to achieve the dreams they desire for and how are the questions that the film answers!

Not only does ‘Titli’ leave quite an impact when it ends but the film really gets to you after you walk out of the theaters. Yes, it grows on you with time, provokes your inner temptations and brings you face to face with your reality. With every character bringing you its own sets of problems, the director makes you empathize with them, relate to similar problems you face in life be it about love, family, dreams or identity. The director KanuBehl makes you feel trapped in the cobwebs or lost in the never ending stairs that go round and round and then suddenly wakes you up in the dead silence of the night accompanied by the never ending, mundane sound of the train. And when he’s fucked up your entire mind, he liberates you and how!

It is perhaps the most intriguing screenplays that one might come across, probably the best of the year supported by some amazing camera work by SiddharthDiwan, superb editing by Namrata Rao, and an equally gripping and fascinating background score by Karan Gour. The debutant KanuBehl deserves great accolades for his direction, his great detailing, layering of the story and the characterization. Even AtulMongia should be congratulated for the wonderful casting he’s done.

Coming onto the performances, each and every actor was phenomenal in playing the complex characters they were given. RanvirShorey as Vikram was top-notch in his career best performance and so was Amit Sial as Bawla. LalitBehl as the daddy was very incredible to watch. Coming onto the debutant actors Shashank and Shivani, one can’t say it’s their first film. Shashank as Titli has done his part very competently. He shows his caliber in delivering some outstanding bits in the film but what he could still improve upon is maybe his consistency. Shivani as Neelu on the other hand is as real as you can be. Delivering such a complex character so effortlessly, she promises a lot of talent and a great deal of potential. Bollywood should be thankful to Titli for giving it Kanu, Shashank and Shivani!

In all, Titli is a must watch and should not missed out on. Please go watch Titli fly this weekend and do spread the word because films like these should be motivated to be created and released.

Titli is currently rated 79% at MC 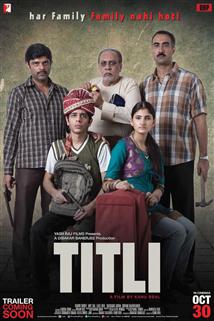