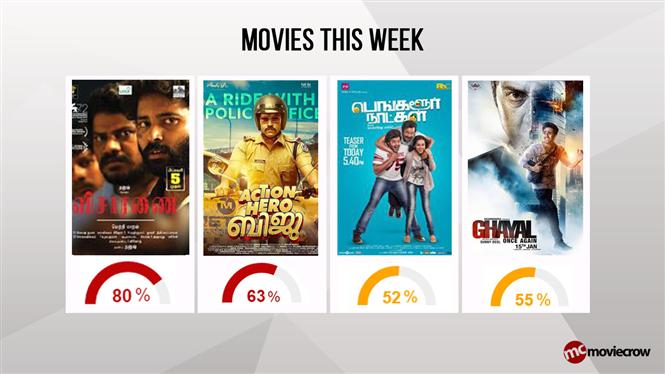 Five notable movies released this week, namely, Visaranai (Tamil), Action Hero Biju (Malayalam), Bangalore Naatkal (Tamil), Ghayal Once Again (Hindi) and Saahasam (Tamil). Let us quickly check what these movies have to offer and which one would fit into your movie outing plan.

Vetrimaran's Visaranai gets unanimous support from critics and audience. The movie revolves around real life incidents, which show brutality of police. The movie gets 80% aggregate rating at MC.

Bangalore Naatkal gets mixed talk from audience and critics. While a section of audience feels the movie is a faithful remake of Malayalam blockbuster Bangalore Days, the other section feels that poor casting fails to recreate the magic. The movie gets 52% aggregate rating at MC.

Premam fame Nivin pauly's Action Hero Biju (Malayalam) gets a positive reception from audience and critics. The movie gets an aggregate rating of 63% at MC.

Prashanth's comeback movie, Saahasam fails to create an impact, the movie garned 45% at MC. Ghayal Once again gets 55% at MC. 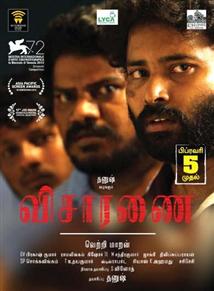