Sethupathi Review - Playing to the gallery with admirable restraint 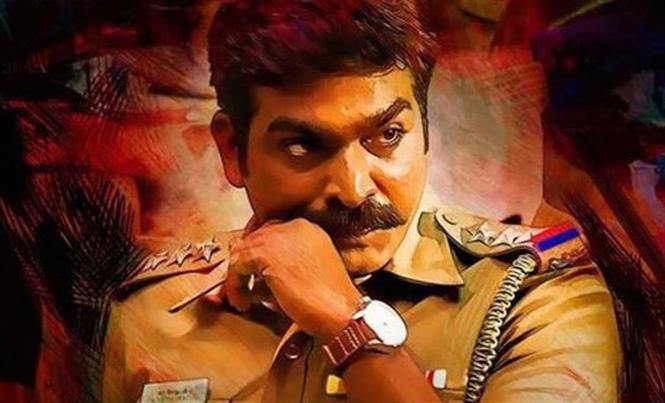 Sethupathi - Playing to the gallery with admirable restraint!!!

Balumahendra's 'Neengal Kaettavai' was a title that literally meant what he wanted to say to the audience. Sethupathi is perhaps Arun Kumar's retort to the rather lukewarm response at the box office to his excellent debut 'Pannaiyarum Padminiyum'. Arun Kumar makes sure that his retort does serve its purpose while maintaining an appreciable acknowledgement to the intelligence of the audience who loved his debut.

A ruthless cop brings to task a big-shot. How he overcomes the retaliation is the crux of Sethupathi.

Every star worth his salt would have played a cop atleast once in his career. Vijay Sethupathi adds his dimension to the template cop with finesse. In most of his films so far the actor has mostly had a single trait throughout the movie. It is Sethupathi that lets him paint a wider canvas that encompasses a loving father, a naughty husband and a mighty angry young man. He is convincingly good in all the three. The hint of sarcasm that he spews on the bad men is the USP of this cop.

It is nice to see Remya Nambeesan play the mother of two with ease. Slightly on the plumper side she carries herself admirably well.Vela Ramamoorthy as the villain is damn good. He is someone with a very strong screen presence and Sethupathi is a good follow up tp Madha Yaanai Kootam and Paayum Puli. The remaining cast too is very good. The actor playing the hero's subordinate in particular is impressive.

Composer Nivas K. Prasanna after an impressive debut in Thegidi is very good here too. The action sequences are shot well and always kept withing the hand to hand combat mode.

This youngster seems to know exactly what he is doing. He has reworked the template cop flick and made sure that the group that did not turn to the theatres to watch his debut come in huge numbers for Sethupathi. While the checklist for a cop movie is kept intact a lot of thought has been put into making it believable without losing the quintessential 'Masala' moments.These masala moments are not the hero screaming his throat out. But a sarcastic comment on the funny looking angry faces of the villain's henchmen is enough to get the crowd growing. Arun also truly shows his mettle in the scenes pertaining to the hero's family. There is no melodrama but an instant connect is established in these scenes. The use of the presumed 'hero worshiping' song 'Hey Mama' is an absolute googly and an enjoyable one at that. The film does have its sore points. The ambience of the powerful villain is well setup. But he hardly does anything intelligent or menacing. While his comical henchmen do bring in laughs it dilutes the intensity of the cat and mouse game. And 'Visaranai' does come to your mind in a couple of scenes. The good intentioned hero bends the rules to punish the evil. But what this same unquestionable power in the hands of wrong men can lead to?

A masala cop flick where the masala is kept at an optimum level. And the best part is that it hardly reminds you of any other film that had its hero don the khakee. 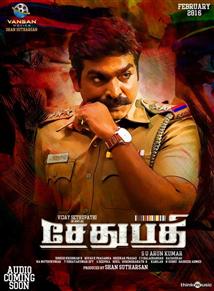