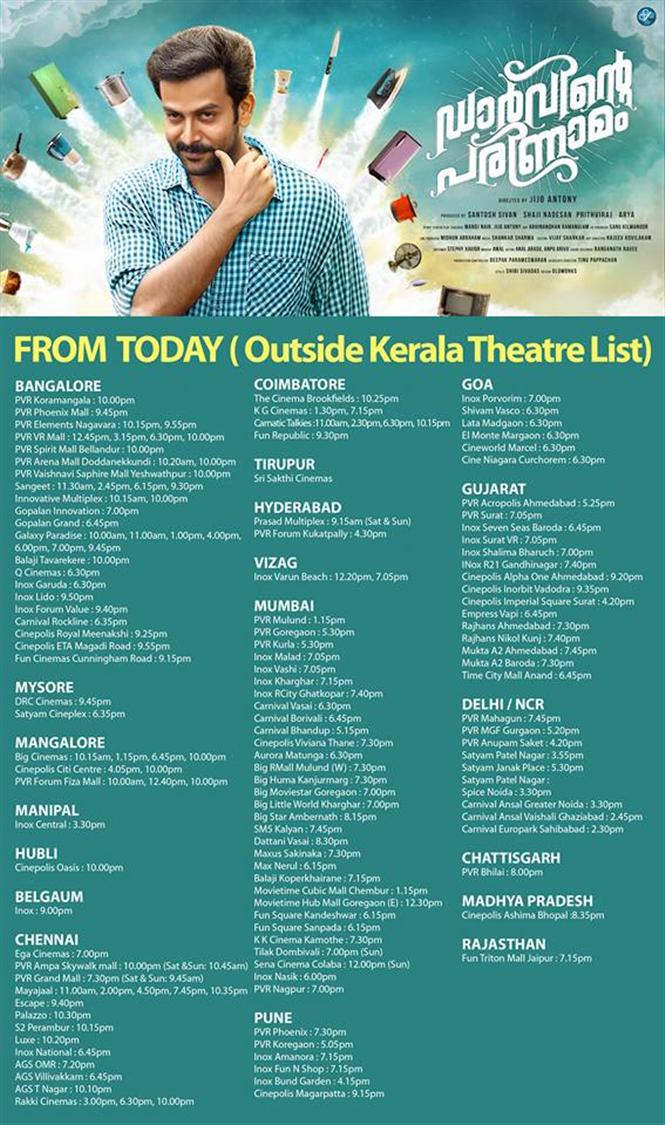 Darvinte Parinamam directed by Jijo Antony stars Prithviraj Sukumaran in the lead role, with Chandini Sreedharan as the female lead. The film also features Chemban Vinod Jose, Balu Varghese in supporting roles. The movie has been censored with a U certificate. The movie is now all set to release on March 18. The movie will be releasing in 110 + screens in Kerala. Check out theater list of Darvinte Parinamam outside Kerala.