Thozha, starring Karthi, Nagarjuna and Tamannah in the lead roles, opened to positive reviews from the critics and the movie also struck a chord with the audience. Although Thozha is the official remake of French movie 'The Intouchables', director Vamsi Paidipally has made sure that the movie appeals to the sensibilities of Tamil audience. The movie is likely to become a hit at the box office.

Director Shiv Mohaa's Zero took a decent opening and received fairly positive reviews, thanks to the unconventional and intriguing screenplay. We will have to wait and see if the movie maintains the momentum.

Sadly, the successful KLTA combination of Santhanam and Sethu couldn't attract audience to the theaters for Valeba Raja. The crowded weekend at the box office had further deteriorated its prospects. 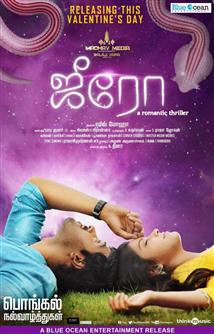