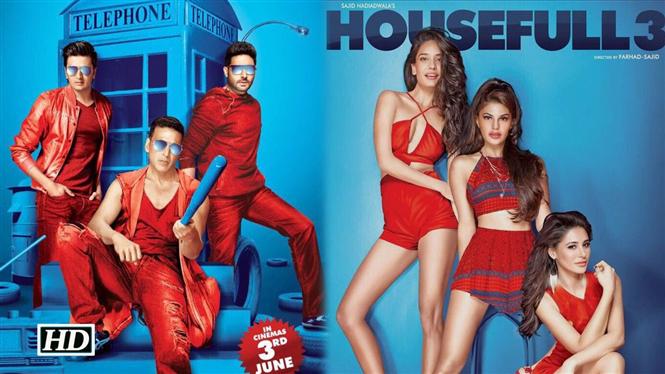 The multi-starrer Bollywood movie "Housefull 3" has concluded the first weekend with a brilliant collection at the Indian box office. The movie has surpassed Rs. 50-crore mark in 3 days.  The film earned rave reviews from the critics as well as audience and is doing very good business at the Box Office ever since its release. The film has minted Rs.53.31 cr in its opening week.

Apart from the phenomenal run at the Mumbai Circuit, which also includes the Gujarat Belt, the film managed to put up good numbers even at other major markets like Delhi/UP and East Punjab.

Housefull 3" was released in 3,700 screens across the domestic market on June 3.

"Housefull 3" has beaten the record Shah Rukh Khan's "Fan," which collected Rs. 52.35 crore in the domestic market in its opening weekend. Now, it has become the highest grossing film in the first weekend in 2016.