Mohanlal starrer Pulimurugan becomes the first ever Malayalam film to reach the 100 crore box-office mark, following a worldwide collection of 100 crore rupees (and counting) since its release on October 7, 2016. Made at a budget of 25 crores, the movie has created a benchmark by grossing more than 60 crores within the state alone and an additional 25 crores nationwide. With over 600 plus shows on its opening day in UAE and GCC, this Vyshak directorial went on to mint more money making it Mollywood's official entry into the 100 crore club. It is to to be noted that Pulimurugan is also the first ever Malayalam movie to cross 50 crores mark at the Kerala box-office.

An ecstatic Mohanlal thanked his fans and followers for the blockbuster success with special mentions about the entire team of his movie. The film is currently awaiting the telugu release of its dubbed version (Manyam Puli) on November 11, 2016. 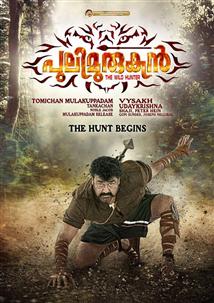