Two days ahead of its release the director of Vishnu Vishal-Sri Divya starrer Maaveeran Kittu, has released an open letter revealing the inspiration behind the making of this film. The letter which is titled with the movie's name reads as follows:

"Wishes to everyone. Our movie, Maaveeran Kittu is expected to release day-after-tomorrow. I would like to share an incident which led to the making of this film. A few months ago, I encountered a fan who took the liberty of saying and i quote "Sir, as a Tamilian kindly make a movie that would make us all proud." That day onward, the fan's words made me think from time to time. I firmly believe that Maaveeran Kittu would be a prominent film in Indian cinema...As a Tamilian, I feel proud to have created this movie. I thank that fan who was the reason behind the initiation of this movie." - Suseenthiran

This period drama is also written by the director and has Parthiepan and Soori playing important roles. D. Imman has composed the music of this film which hits theatre screens on December 2, 2016. 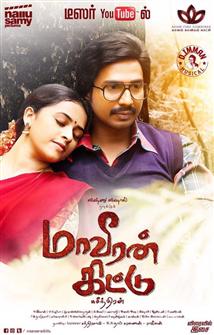