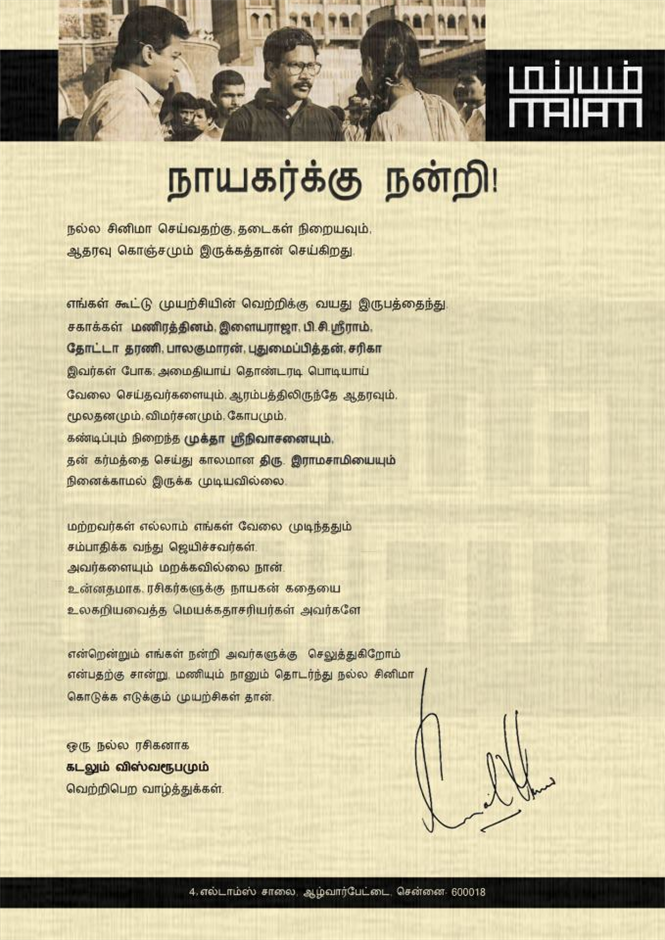 It is not an exaggeration to say Nayagan is probably the most important movie released in Tamil Cinema. When the movie released 25 years ago on this precise day(Oct 21, 1987), Nayagan shook the ground beneath many directors and technicians all over India who couldn't believe what they witnessed. The film industry still fondly recalls the day as having lost their sleep the night after watching Nayagan as it was decades ahead of its time. Nayagan is truly disruptive and path-breaking on many fronts -- direction, acting, music, cinematography, art direction, editing, make-up and many more. Nayagan has the timeless quality that is only matched by a handful of movies released so far. For that precise reason, the Tamil industry can be seen as "Before Nayagan" and "After Nayagan" for pushing artistic boundaries.

We salute Maniratnam, Kamal Haasan, Ilayaraja, PC Sreeram, Thotta Tharani, Lenin-Vijayan and many more behind the scenes. Also, read an excellent article based on Kamal Haasan recounting his experience about Nayagan by The Hindu.

Also, share your own thoughts below about this classic, Nayagan 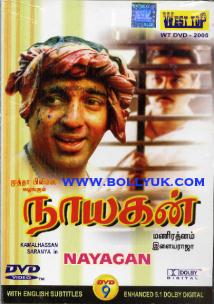