Fukri Review - A Tale That's Been Beaten to Death, This Old Wine Doesn't Give a Kick 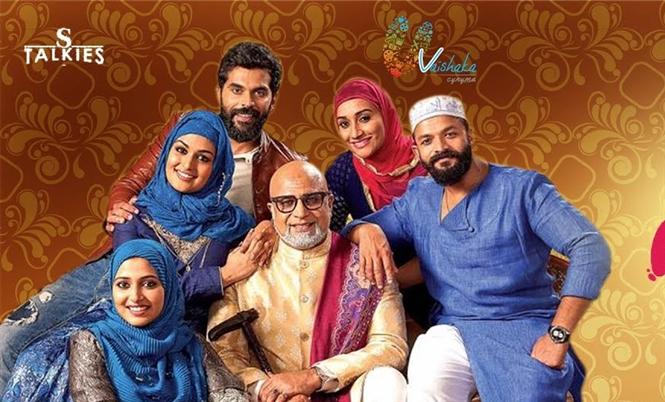 Fukri Review: A Tale That’s Been Beaten to Death, This Old Wine Doesn’t Give a Kick

Back in the 1990’s there was a regular flow of family oriented comedy films in Malayalam cinema, a lot of them featuring “aalmarattam” (impersonation) as one of the key points in the tale. This was a theme that in particularly was noticed in films featuring Jayaram and Dileep in the lead, the latter actually going on to excel in the same and becoming extremely popular among the family audience. Strangely on seeing the promos of popular director Siddique’s latest Malayalam film Fukri, I couldn’t but help thinking of those films from the past, especially Dileep’sUdayapuramSulthan (1999). Siddique has had an enviable track record, both as a writer and as a director, with his previous film Bhaskar the Rascal (2015) also going on to become commercially successful. Hence it was no surprise to see the makers of Fukri standing firm on their plan of competing with bigger films lined up for the Christmas vacation of 2016.

Of course thanks to the film industry strike in Kerala the release schedules did go haywire for a while, but now everything is sorted out and both JomonteSuvishengal and MunthirivallikalThalirkkumbol have gone on to release and do well, especially the latter which has found solid acceptance from the family audience. And now we have the next of the films in queue finally hitting the theatres this weekend, Siddique’s Fukri. In terms of the final outcome with respect to the release I do feel that the strike did probably end up benefiting a film like Fukri as it has managed a solo release which wouldn’t have been possible in the original scenario. As a result we see that the film has managed to get released in a good number of screens, both in Kerala as well as Rest of India. All that is of course good for the film, but is the film by itself entertaining enough? Does Siddique manage to keep the audience charmed in his own characteristic way once again? And does Jayasurya manage to do what Dileep has been successful at over the years?

Lucky (Jaysurya) and Frankilin (Bhagath Manuel) are orphans and engineering dropouts who try to doodd stuff for a living. When their friend (Joju George) tells them about the possibility of iridium being present in the rooftop structures of the local temple and mosque, they feel that they’ve finally hit upon a chance to strike it rich. Unfortunately their plans go awry and they are on the run, in the process they end up coming across Sana and Nafsi (Prayaga Martin), both being college students and cousins from the royal ‘Fukri’ family. Lucky falls for Nafsi and realizes that her grandfather SulaimanFukri (Siddique) and his son Ali Fukri (Lal) have had a major falling out, thanks to Ali marrying a Brahmin girl. In a turn of circumstances Lucky shows up as Luckman Ali Fukri, the son of Ali Fukri and he decides to unite the estranged father and son, Sulaiman and Ali. How does Lucky/Luckman go about doing the same and what happens in the process is what we get to see in this silly and predictable tale.

It is but of course quite clear right from the very beginning that there is no scope for logic in a film like this. But that by itself is not so much of an issue considering that many such films have actually worked in the past. But it’s sad to see that Siddique has faulted on the most crucial aspect that can make or break a film like this, the humour element. For a film of 155 minutes duration (way too long for this outdated tale) there are hardly a few chuckle worthy moments in the film. There’s nothing wrong in having plenty of characters, if they all have something to contribute t to the film, or at least add to the madness and make you laugh. But here we see nothing of that happening and there are some characters that appear for no rhyme or reason. After a while the proceedings actually start getting on your nerves in a way and one wonders why a veteran like Siddique couldn’t manage to infuse some freshness into the screenplay.

The film has a large supporting cast Joju George, Janardhanan, KPAC Lalitha and many others are seen playing standard characters whereby they do not have to do anything new. Bhagath Manuel, NirmalPalazhi and KalabhavanNiyas play Lucky’s friends and strangely aren’t as funny as they should have been. John Kaipallil as Ubaid, AnuSithara as Aliya and Prayaga Martin as Nafsi get noticed, while Siddique and Lal play their characters with elegance as well as predictability. Jayasurya is a good actor and there’s no doubt it as he proved himself on many an occasion. Here too he tries his best to be earnest but he is just not a Dileep and that clearly shows over here. Fukri is a film that actually does no good to either Jayasurya or Siddique.

Siddique has come up with an attempt that doesn’t really succeed in any aspect; Fukri is a tale that is well past its expiry date. Calling it a disappointment would be an understatement. 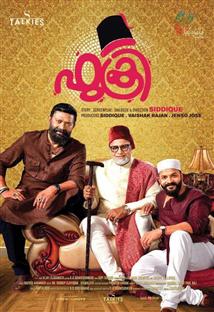