Checkout these new posters from Actor Vishnu Vishal's upcoming film Kathanayagan. Directed by Muruganandham, the film features Catherine Tresa as the female lead and has Sean Roldan for the music. The movie has been bankrolled under the banner Vishnu Vishal Studioz with Sony Music South holding its label rights. The film has been censored with a clean U by the Central Board of Film Certification will be hitting theatre screens in September, 2017. 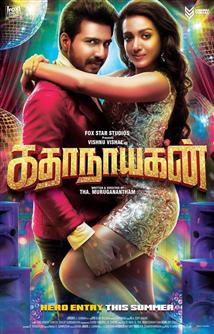