The movie revolves around a genius called Newton Kumar, originally named Nutan Kumar by his parents. The government clerk has been sent to a Naxal-controlled town in Chhattisgarh on election duty. 'Newton' is slated to release on 22nd September, 2017. 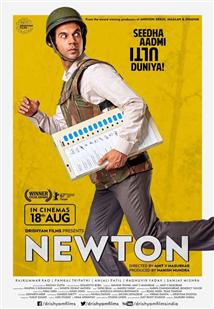