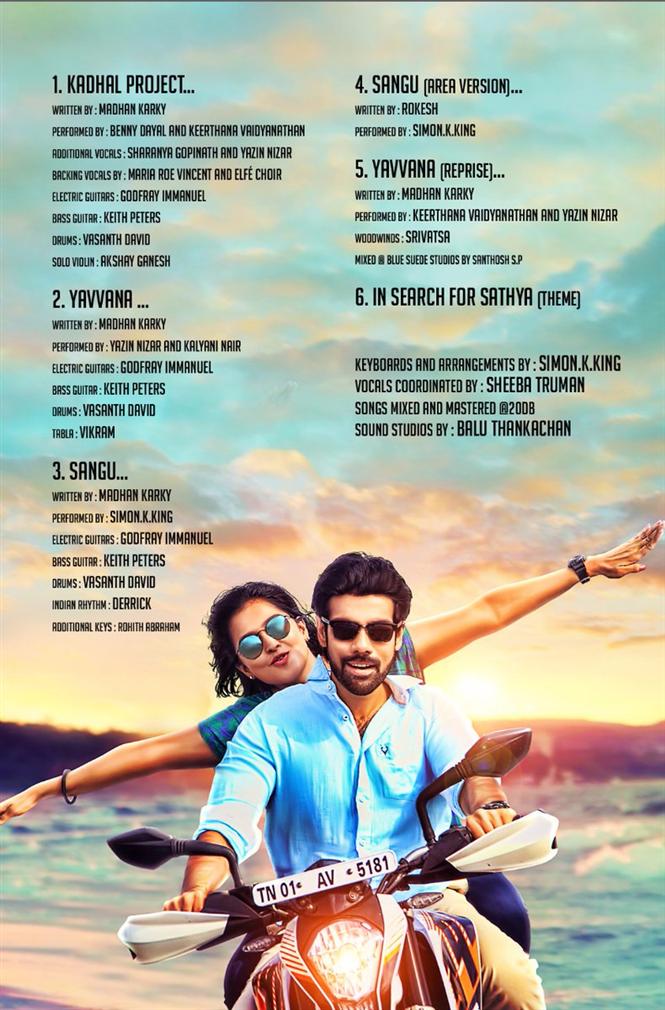 The official tracklist from director Pradeep Krishnamoorthy's upcoming film Sathya has been released. The movie has Simon K King for music and will have an audio release tomorrow i.e. September 6, 2017. Think Music holds the audio rights of this film.

Censored with an U/A by the CBFC, Sathya is touted to be an unusual crime thriller and features Sibi Raj and Ramya Nambeesan in the lead roles with Varalaxmi Sarathkumar playing a crucial role. The film which is the remake of 2016's Telugu hit Kshanam and is produced under Naathambal Film Factory. 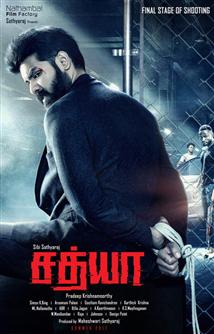