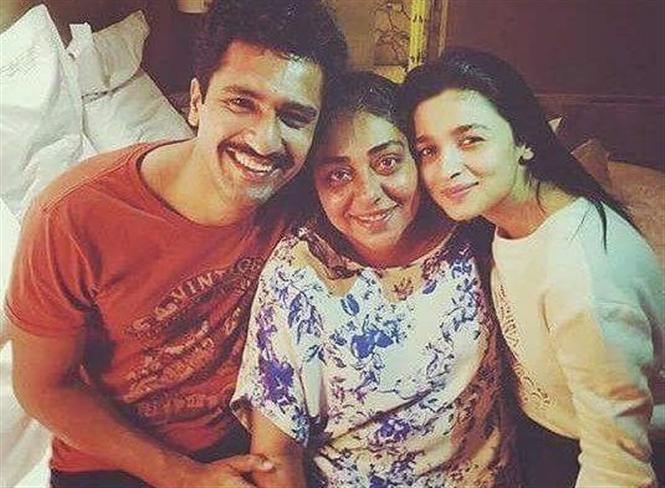 Alia Bhatt and Vicky Kaushal will be seen together in Meghna Gulzar’s upcoming directorial venture Raazi. The film went on floors at Patiala and the first schedule of the film has been wrapped. Alia and Vicky took to Instagram to share a picture of the duo posing with their director, Meghna Gulzar. Karan Johan took to twitter and shared this information

The storyline of Raazi is based on the best-selling book by Harinder Sikka titled Calling Sehmat.Alia's character who is Kashmiri is an Indian spy while being married to a Pakistani Army official, which is played by Vicky.

Produced by Dharma Productions and Junglee Pictures, Raazi is slated to release on May 11, 2018.