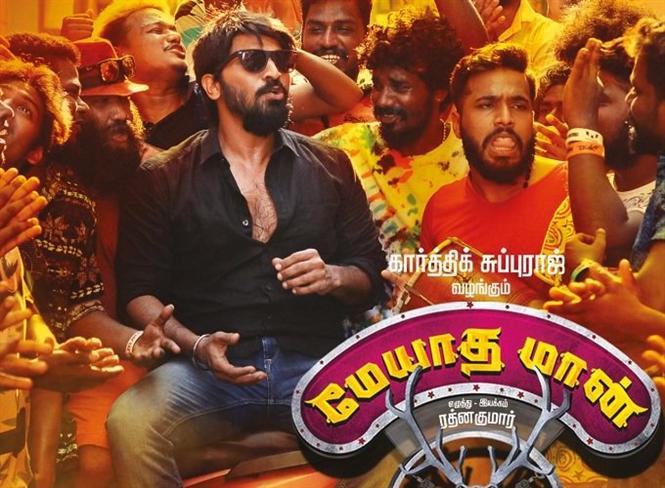 Meyaadha Maan is an upcoming movie directed by H Rathna Kumar with Vaibhav and Priya Bhavani Shankar in the lead. Pradeep Kumar debuts in Tamil as the composer along with Santhosh Narayanan. Let's check out whether both talented composers able to unleash their magic with this soundtrack or not.

Thangachi: Thangachi song treads on the familiar Santhosh Narayanan's sound cues and except for the brilliant bassline throughout the song, the track for most of the parts is a dreary listen. Anthony Daasan's limited vocal range brings down the song further. Apart from the surprising guitar strums and piano keys, the song has very less to offer.

Address Song:✔ Santhosh Narayanan comes with a quirky Address Song- S Madhu and the composer nails both the arrangements as well as the singing portion. Though the lyrics sound pedestrian, the amusing tone of the song gels well with the track. The minimalistic rhythm portions work to the song favor, however, composer tries hard for the intoxicating tone in the interludes.

Megamo Aval: Megamo Aval rides mainly on the soulful rendition of Pradeep Kumar and Ananthu while Santhosh Narayanan weaves his magic in the arrangements with his serene piano and synth backdrop. The brilliantly tuned anupallavi and the classical flute in the interludes linger on the listener's mind even after the song ends.

Rathna Katti:✔ Santhosh Narayanan brings back Dhee after Irudhi Suttru and hands her once again brilliant string dominated song Rathna Katti. The strings sections are an absolute delight to listen and the singer's idiosyncratic vocals able lift the appeal of the song. Though the song may not be an instant chartbuster, the brilliance in the arrangements deserves repeated listen.

Nee Mattum Podhum:✔ Pradeep Kumar ends the soundtrack with Nee Mattum Podhum where retro tune meets rock flavored arrangements. The funky arrangements is backed by lovely rendition by Sid Sriram and Thanks to Pradeep for using Sid's vocals for a different kind of tune. Dharshana KT supports the singer effectively. 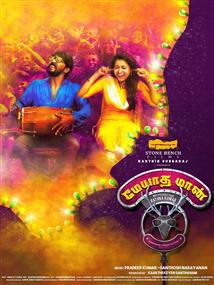