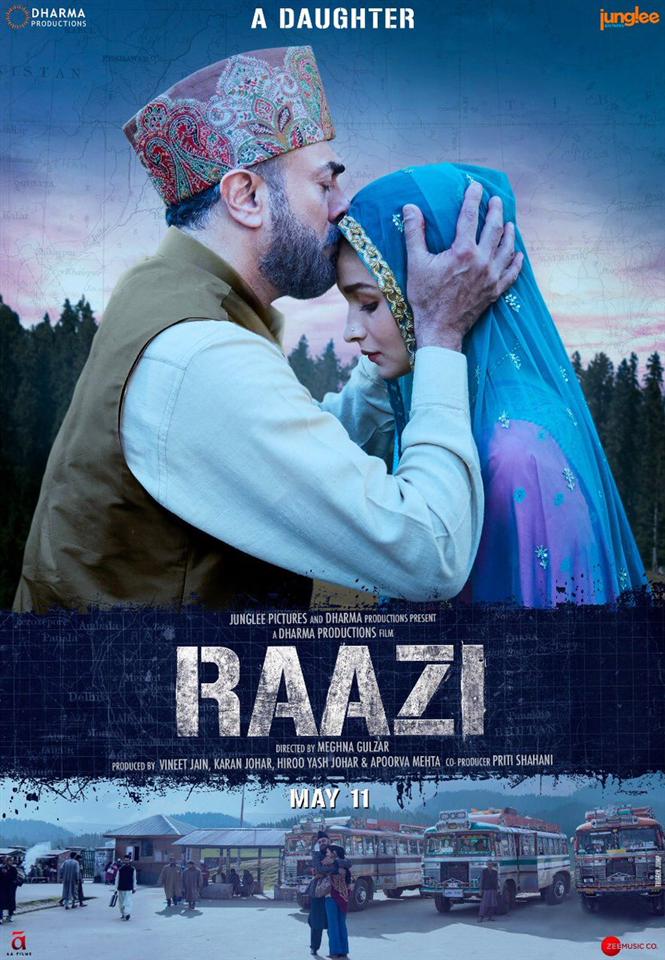 The first look posters of Alia Bhatt's upcoming film Raazi is out. The posters show different shades of Sehmat(Alia Bhatt) as a perfect daughter, a wife and a spy. Alia's character name in the film is Sehmat. The trailer will be out tomorrow. The film is set to hit the screens on May 11, 2018.

#SHADESOFSEHMAT And here's the most extraordinary one - A SPY. Wait for the poster and the trailr coming tomorrow morning!! #Raazi pic.twitter.com/efXP7MZGm4

Alia Bhatt shared the teaser of Raazi on her Twitter page. The teaser features Alia Bhatt and introduces her character as Sehmat. In the teaser, Alia Bhat is engaged in a discreet conversation with the person on the other side. She promises to meet the person before giving her consent for a deal. The short teaser has piqued the audience's interest in the film.

Raazi is an espionage thriller film directed by Meghna Gulzar. It features Alia Bhatt and Vicky Kaushal in lead roles. The film is an adaptation of Harinder Sikka's novel Calling Sehmat, about a Kashmiri spy married to a Pakistani man during the Indo-Pakistani War .

Bhatt plays the role of a Kashmiri girl who marries the son of a high placed Pakistani officer (played by Kaushal) and passes secret information to the Indian intelligence agency. Raazi is backed by Vineet Jain, Karan Johar, Hiroo Yash Johar and Apoorva Mehta.