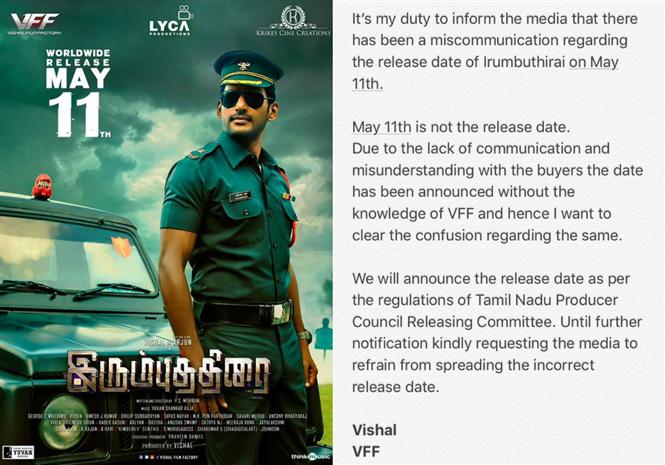 Vishal starrer Irumbu Thirai  was seems to be having some trouble or the other when it comes to its release date. The movie was earlier scheduled and postponed at two occasions - Pongal & Republic day and as luck would have it, the film has been postponed for the third time from the recently announced date of May 11, 2018. However, this time Vishal who is also the original producer of the film has issued an explanation regarding the same and said that the recent date was announced without the knowledge of his production banner Vishal Film Factory. His statement goes: 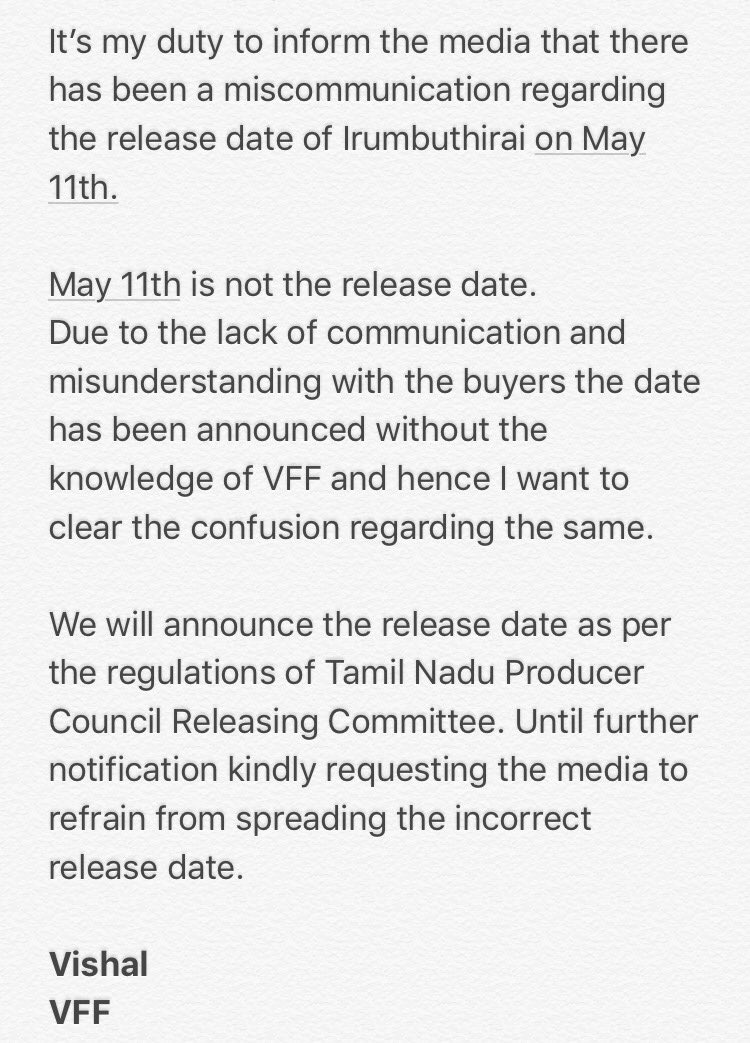 This isn't the first time Vishal and Lyca Productions (presenter of Irumbu Thirai) haven't been in sync with each other. During the TFPC Strike, members from the Vishal-lead Producers' council were seen giving statements about Rajinikanth and Dhanush agreeing to postpone Kaala while Lyca, the producers of the film chose to state otherwise. However, later they sent out a statement again that they were 'in sync' with the council eventually leading to Kaala's postponement.

Irumbu Thirai is directed by debutant P.S. Mithran and has Arjun playing a negative role in the film. The movie is touted to be a film on cyber terrorism and has Vishal playing an Army officer and Samantha playing a doctor in it. The technical crew of this film includes Yuvan Shankar Raja for the music, George C Williams for the camera and Reuben for the edits. 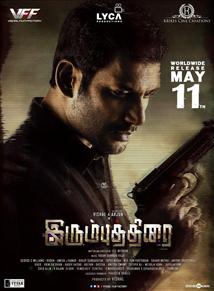