Dhanush to surprise Superstar fans with a single from Kaala 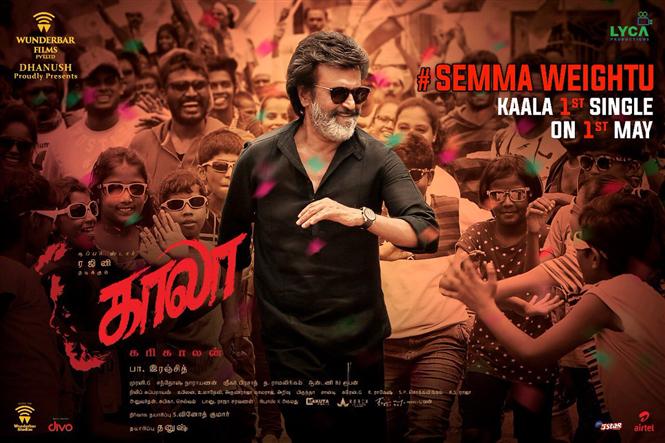 Rajnikanth's Kaala is one of the most awaited films this year. The audio of the film is set to be launched on May 9. While the fans are eagerly awaiting for Kaala's album, here's a surprise news to all superstar fans from Dhanush. The first single "Semma Weightu" from Kaala will be released tomorrow evening at 7 pm. Dhanush made the announcementon his Twitter page. He wrote:

The film is set to hit the screens on June 7. Kaala directed by Pa. Ranjith's has huge expectations following the blockbuster hit of Kabali. Santhosh Narayanan has scored the music. Nana Patekar, Eswari Rao, Huma Qureshi, Samuthirakani, Sampath Raj, Sayaji Shinde, Anjali Patil play pivotal roles in the film. Kaala is produced by Dhanush's Wunderbar Films and will be distributed by Lyca Productions.