Raazi Review - When the Nation Calls 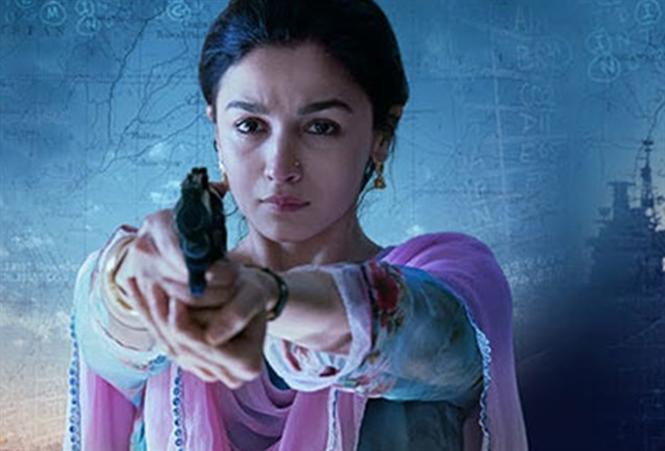 Raazi Review: When the Nation Calls!

We’ve all grown up on various interpretations of what a spy looks like, all thanks to the numerous films and books that we’ve been exposed to. Most often the projection of a spy is of someone who’s heroic & charming in his/her own way. But then in reality is every spy a Jason Bourne or a Mata Hari or even a “Tiger”? Isn’t there a possibility of a spy who on the outside appears to be a regular individual, leading what seems to be a routine life but on the contrary is a voluntary spy, who revels in his/her duty being a fierce patriot? Meghna Gulzar’s Raazi which is based on Harinder Sikka’s book, Calling Sehmat promised to be the cinematic rendering of one such spy. Coming after the reasonable success of Talvar, it wasn’t a surprise to see Meghna choosing to do this film.

It’s the early 1970’s and there’s a palpable tension in the air about an impending war between Pakistan & India. Hidayat Khan (Rajit Kapur) is a businessman based in Srinagar who has managed to successfully remain a double agent of sorts all this while. His closeness to the Pakistani military establishment, especially thanks to his friendship with Brigadier Syed (Shishir Sharma) puts him in a position of convenience to gather vital information for the Indian intelligence forces. On hearing that Pakistan is about to plan something sinister against India, Hidayat decides to do something drastic to protect his motherland. Since he is dying from lung cancer, he decides to get his daughter Sehmat (Alia Bhatt) married to Brigadier Syed’s younger son Iqbal Syed (Vicky Kaushal) & continue doing what he was himself doing all these years. Sehmat agrees to her father’s plan and is trained to be capable enough for the role by Khalid Mir (Jaideep Ahlawat).

Despite some last minute rethinking by Hidayat, Sehmat remains firm in her resolve to fulfil her father’s expectations & thus the wedding happens and Sehmat moves to Rawalpindi to live with her husband’s family. What happens from thereon is what we get to gather from the rest of the tale. Written by Meghna Gulzar along with Bhavani Iyer, there seems to be a concerted effort that’s gone into enabling the narrative to adopt an old school style & yet remain impactful. Peppered with doses of emotional moments but thankfully spread along, it is also interesting to see that Meghna’s execution style has not had to resort to an over dependence on getting the period look perfect (production design by Amit Ray and Subrato Chakraborty is never distracting). In a way Raazi could be also looked upon as a prequel of sorts to The Ghazi Attack in the way the story eventually takes shape and leads up to the climax. While this is not an edge of the seat thriller as such, it does manage to engage the viewer by and large.

Of course there is the presence of some standard tropes which bring in an element of predictability, like the character of Abdul (Arif Zakaria) and the underlying tension that is visible between him and Sehmat right from the start. Even the way the film ends is not very difficult to guess, but thankfully there is enough meat to the proceedings overall to leave one not too distracted. Shankar-Ehsaan-Loy are seen in action after a long hiatus and prove that their contribution with the music can always be of significance for a film’s outcome. At a run time of 140 minutes the film manages not to overstay its welcome on screen and that’s a task well managed by the editor Nitin Baid. While Raazi is clearly an Alia Bhatt show, it will also be remembered for some interesting casting choices and also an indication of Vicky Kaushal’s acting chops getting better with every film.

Of the supporting cast it’s good to see talented actors like Rajit Kapur, Shishir Sharma and Jaideep Ahlawat being given roles of substance & they do complete justice with their performance in return. Alia Bhatt is at ease, shouldering the film on her able shoulders but this is certainly not her best work, far from it in fact. Raazi eventually is a good follow up act to Talvar from Meghna Gulzar and is worth a watch; do not expect anything more than that.

Raazi sees Meghna Gulzar team up with Alia Bhatt to deliver a reasonably impactful spy thriller that’s worth an outing to the cinemas this weekend.