A.R.Rahman has composed 2 songs for Sanju & this is how he came on-board! 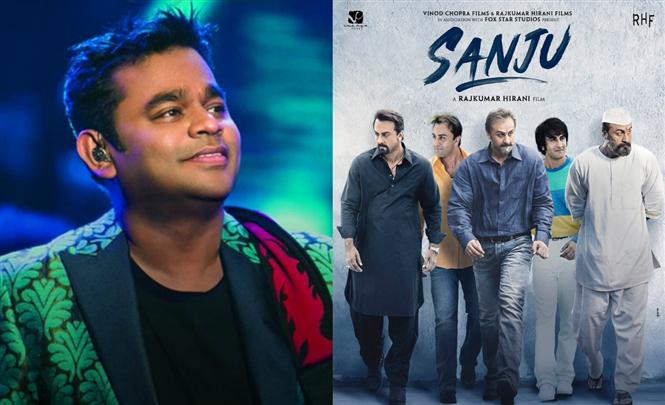 The trailer of Ranbir Kapoor starrer Sanju was releases last week and it was revealed during the trailer release that the academy award winning A.R.Rahman was the guest composer of the film. Elaborating on this, director Rajkumar Hirani has revealed in a recent interview that Rahman was approached when the director's hit-combo producer Vidhu Vinodh Chopra ended up disliking a song they had already shot for. So the team turned to one musician who is known for delivering a hit number even after a shoot has been conducted with a different song (remember how Jai Ho was initially shot with Aaj Ki Raat remix) and Rahman readily came on board.

Rahman has composed two songs in Sanju, which is a biopic based on Bollywood actor Sanjay Dutt's life and the rest of the music is by Rohan-Rohan and Vikram Montrose. The film which also starrs Anushka Sharma, Sonam Kapoor, Dia Mirza and Manisha Koirala among others hits theatre screens on June 29, 2018.