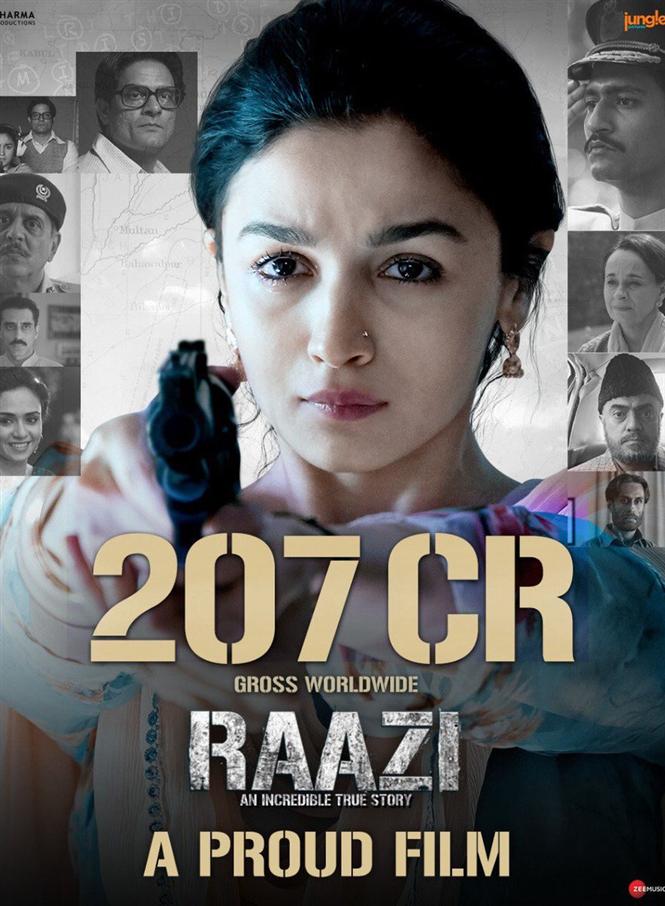 Raazi starring Alia Bhatt and Vicky Kaushal in the lead roles is directed by Meghna Gulzar hit the screens on May 11. The spy thriller film which received rave reviews from all quarters has hit a new milestone. The film has crossed the Rs. 200 crore mark worldwide. It has collected Rs. 207 crore and producer Karan Johar is feeling proud to have bankrolled this project. He shared the news on his Twitter handle.

The film has crossed Rs. 100 crore mark at the Box Office and has been declared a 'Blockbuster' already. Raazi has collected Rs. 122.07 cr in six weeks. Trade Analyst Taran Adarsh shared the box office collection figures of Raazi on his Twitter page.

Raazi has become the highest grossing film for Alia Bhatt in her career.