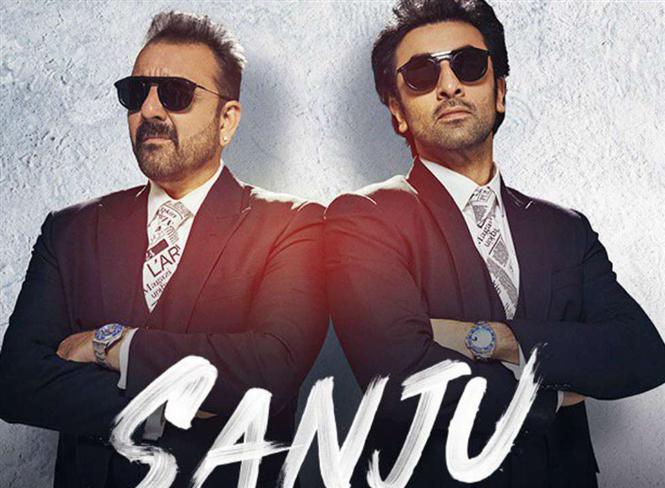 The film has been making a huge buzz ever since its announcement with Ranbir Kapoor playing the titular role. The first look posters, teaser and trailer piqued the curiosity quotient among the fans further who were eagerly awaiting to catch the film on screen. Ranbir Kapoor's performance and striking resemblance to Sanjay Dutt has wowed the critics, audience and the film fraternity as well. The film opened to positive reviews on Friday and got the biggest opening of 2018. Sanju has crossed the coveted Rs 100 crore mark in three days and has emerged as the highest opening weekend grosser of 2018.

The film despite releasing on a non-holiday made a phenomenal collection Rs. 34.75 crore on its opening day. It turns out to be the career best opening for Ranbir Kapoor and the biggest opening day grosser of 2018. Interestingly the film has surpassed the Opening Day collection of Salman Khan's Race 3 (Rs. 29.17 cr) and made it to the top position this year.  Taran Adarsh shared the box office figures of Sanju and the Top 5 opening day grosser of 2018 on his Twitter page.

Sanju has been doing smashing business at the Box Office both at the domestic and overseas market. The film has collected Rs. 120.06 crore in just 3 days and has emerged as the highest opening weekend grosser of 2018. It has made an astounding collection of Rs. 46.71 crore on Sunday (Day 3).

Sanju has made a smashing record surpassing Padmaavat and Race 3 collections in its opening weekend.

With Sanju doing stunning business at the Box Office, the the film is expected to break all the records of Ranbir's career. Sanju has put an end to Ranbir Kapoor's dull phase in his career and has given him the much needed hit as many of his previous films failed to create a mark at the Box Office. Sanju will be Ranbir Kapoor's 4th hundred crore movie in his career spanning over a decade.