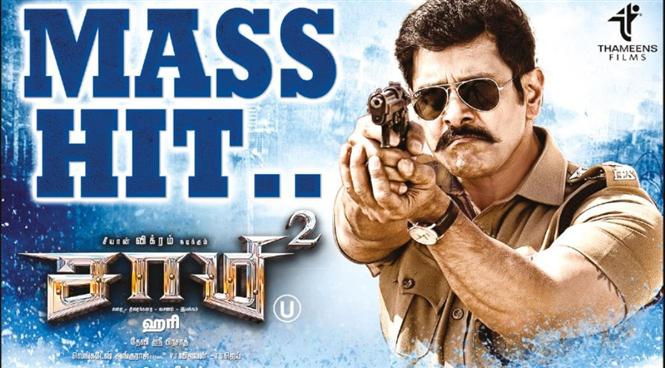 Chiyaan Vikram starrer Saamy Square which hit the screens on Friday (Sep 21) was one of the most awaited sequels in Kollywood. The film opened to negative reviews from both audience and critics alike. Saamy Square, a sequel to 2003 blockbuster film Saamy, has failed to live to the expectations of the original. Directed by Hari, Keerthy Suresh and Aishwarya Rajesh play the leading ladies. Devi Sri Prasad has scored the music.

In Chennai City. the film has minted around Rs. 1.94 cr. It is leading at the top position at the Chennai Box Office this week (September 21 - 23)

Here's the break-up of the box office collection of the film in other states:

We need to wait and see how the film fares during the weekdays at the Box Office. With Mani Ratnam's multi-starrer Chekka Chivantha Vaanam gearing up for release on September 27, the film can enjoy another 3 days of theatrical run sans competition.