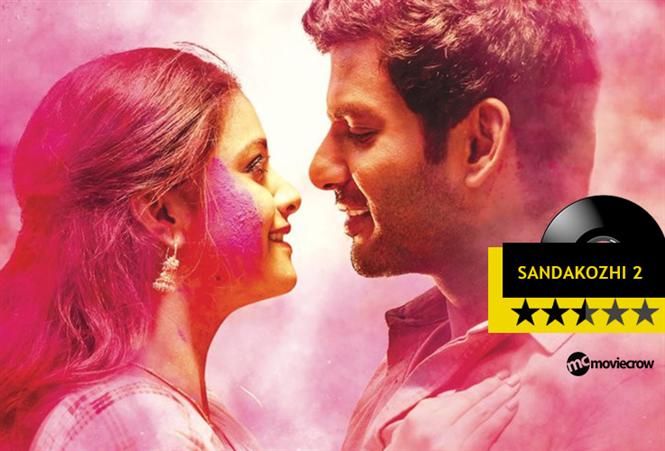 Sandakozhi 2 is an upcoming Tamil action drama film directed by Lingusamy with Vishal, Keerthy Suresh and Rajkiran in the lead roles. Yuvan Shankar Raja scores music to this film who delivered hugely popular soundtrack for its prequel. Thanks to Dhavani Potta Deepavali. Let's check out whether Yuvan and Lingusamy able to recreate their magic once again for the sequel after 13 years.

Kambathu Ponnu is adequately enjoyable thanks to Yuvan's right mix of techno rhythms and folk sounds intermittently thrown throughout the song. Yuvan's off-key singing continues to be the troublesome one his diction in Pallavi, However, the track is saved by the easily listenable tune which is engaging till it last while Yekadasi kept his lyrics simple and stays true to the roots.

Meesai Vacha Vetaikkaaran is a typical temple festival celebratory song where the song has all the indispensable elements one can expect in the songs of this genre. Though the tune confines to its zone, Yuvan's thundering percussion sounds in the charanam and highly effective chorus works like charm. The genre is the cakewalk for Mahalingam and he aces the singing part effortlessly.

Alaala's tried and tested rhythm pattern and the mood is accentuated further by the sweeping strings section and the only part that works to the song's favour is the neatly done interludes especially which gives the haunting impression to the song. Kailash Kher still sounds exotic despite singing the considerable number of regional songs.

Sooriyanum Sooriyanum is another celebratory festive folk song which starts with the extended prelude and the arrangements works effectively despite the short duration of the song.

Sengarattan Paraiyula is the dance number where Yuvan mixes the right dose of techno sounds and folk flavour but unfortunately, the tune is hardly catchy while Ramani Ammal imbues life to the tune with her rustic vocals with adequate support from Senthil das.

Theme Track: Yuvan Shankar Raja ends the soundtrack with the rustic instrumental track and theme may reach well along with the visuals than as a standalone track.

Yuvan's Sandakozhi 2 album sounds too casual despite trying to stick to the soundscape of prequel and the soundtrack is a blip in an otherwise impressive year for the composer. 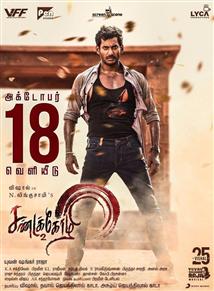