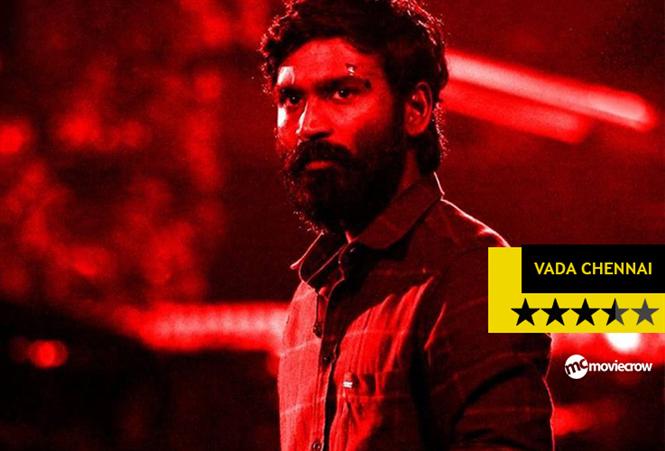 The fourth directorial of VetriMaaran - VadaChennai's momentum gets into the zone we want it to be, only after an hour from the beginning. The edge of the seat stretch that leads to the interval commotion is terrifically built up. Until then the film gives you so much informations and introductions that's quite hard to take in. For some reasons, VetriMaaran chose to tell us about an over-extended prison life of Anbu intercut then and there to his early life and romance saga with Padma (Aishwarya Rajesh swears a lot more than Dhanush). These prison portions doesn't take you anywhere in terms of understanding Anbu or the severity of the revenge except for that interesting twist in the interval. It is only in the flashback that happened much later the blast of the plot happens.

Part 1 of VadaChennai trilogy is ANBU ENTERING THE HOOD. There are many pivotal characters in the film that anchors the vast, decades spanning revenge.. Senthil, Guna, Velu, Thambi and Chandra, all explored (and at times, explained) in flashes. More than what Anbu does, the film revolves around how these characters influence his life. The arch of Guna (played very much believably by Samudrakani) is delicately woven around his instincts, internal conflicts and emotions. He was the one who pleads the team to abort killing Rajan. He marries Chandra later and behaves as a very protective husband to her. He doesn't want Anbu to feel guilty even when a grave damage happens in his own family. He tells him, 'Indha porakkuradhu saavuradhukkulaam naama poruppethukka koodaadhu!".

Andrea Jeremiah as Chandra comes across a much bigger role on paper than on screen. The casting does look alienated. So is her accent. But her relationship with Rajan and Guna is very much essential and defining to the film's core. Her revelations at the end with a long voice over stretch quite sucks away the intensity the character could have had. Kishore who plays Senthil is perfect. And Saran, who plays Aishwarya's brother shines in his scenes.

The political parallels in the state when this story was happening adds so much of layers. There is an interesting throw about Jayalalitha taking over ADMK after MGR's death. The world the film tries to portray is overblooded with emotions yet ruthless. It is the kind of world where settling in life means doing a murder that people will remember for a long time and getting into jail. And there is also Thambi saying how these lives are stuck inside it. ('Edha paathu valandhiyo adhuvaa dhaan vaazhkai aavum!')

But the film suffers as it constantly tries to be mainstream yet doing justice to its intentions with realism. The pace is hastily dealt (VetriMaaran himself has said that this is not the pace he intended the film to be) while the narrations try to rush and give you the history every backstory is packed with. And there are characters that you don't really connect. Like the one played by RadhaRavi. There is a mystic saint woman as well who adds an ominous flavour to the events but comes across too dejected from the film. Also, while the earlier episodes are raw, real and rustic.. the portions involving Dhanush looks obviously compromised to stuff in slow-motions and hero moments. At one point, they look like they are made by two different directors.

For almost an hour or so, Anbu is merely a spectator in a world whose rivalry and revenge veins run deep-rooted for years beyond. Dhanush, after 3-4 years of plastic mass films like Kodi, Maari, VIP-2 or Thangamagan, struggles between getting into the character and playing it in his own mass way. He is very much convincing as someone who can play Anbu. No doubt! Sure there are sequences that remind one of Dhanush of Kokki Kumar times. But when compared to a character like Rajan (played by Ameer, who steals the show in a span of 15-20 minutes).. we don't get into the head and mind of Anbu. We connect the physical dots like how he grew up watching this world of violence but don't really get what he feels about it.

Velraj's cinematography effectively captures the bright sea salted harbour zones and crude dark nights that spell blood. The cold tension and mood in the 'Rajan coming to talk with his brothers' sequence (almost a single stretch) is spine chilling. While songs are very much a popping breakers coming in and out of nowhere at random situations, Santosh Narayanan does a monstrous job with his background score.

The major down point I felt with the film was the transformation in Anbu's character. The film doesn't get into what exactly turns him from being a victim of a major power play to this guy who rises once for all to voice out for his locale. It comes so all of a sudden. But I loved how his life incidents drew parallels to that of Rajan's. They both win hearts of people in heated arguments against a government order. At the end, we are shown that he even starts living in Rajan's house that's now abandoned for a long time.

There are many shades of Vetri's earlier films. Rajan cutting off his brothers remembers you of Pettaikaaran's act in Aadukalam. Like Pollaadhavan.. there is an younger brother who wants to prove himself and doesn't want to live under his brother's shadow. The entire carrom tournament near interval for sure reminds one of the rooster fight intermission block of Aadukalam. Dhanush also does a little mischievous look at the salon mirror like he did in 'Otha sollaala'. But what makes VadaChennai stand out is VetriMaaran's ability to thump the intensity of so many characters despite their very minimal screen time and excessive narration. And when the film ends with announcing that the Part 2 will see THE RISE OF ANBU you just can't wait!

VadaChennai, VetriMaaran's first part of the trilogy is an epic slowburner that tells us a blood-curdling story of revenge, greed and powerplay. 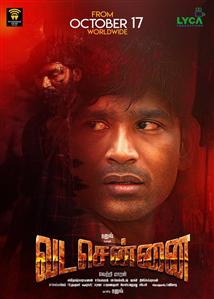