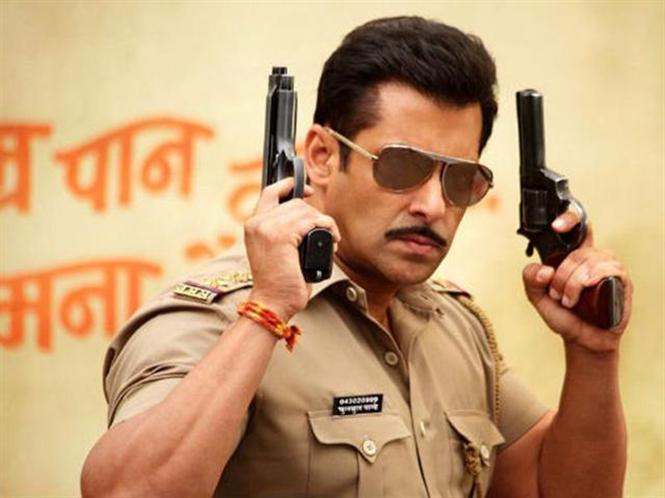 Only recently did actor Salman Khan begin shooting for the third installment of his super hit Dabangg franchise and it is Prabhu Deva who is directing the film this time. Now, a video of Salman matching steps to the title track from Dabangg 3 has been shot and shared by one of Bollywood's famous paparazzos and the same is going viral on the internet.

Dabangg 3 is scheduled be shot over 90-100 days and the movie will see Khan return as Inspector Chulbul Pandey and Sonakshi Sinha as his wife Rajjo. The film which will cover the past of Salman's character before parts 1 and 2, is expected to hit theaters this Christmas, 2019.

Shooting for #dabangg3 on the beautiful ghats of Narmada pic.twitter.com/iuolrQhXpt