Box Office: Avengers Endgame is only Behind Baahubali 2 and Rajini in India! 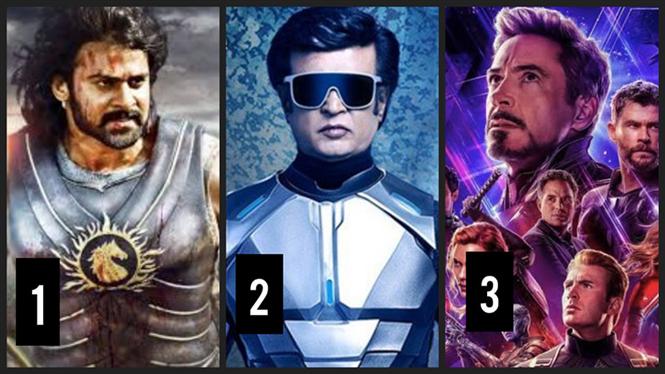 Avengers Endgame which took an extraordinary opening on its first day across the world had done superb business in India as well. The film on its first day had grossed close to Rs.63-64 Cr (Including all version and languages) in India. According to the trade sources film's Nett Box Office Collection stands at Rs.53 Cr which is the third highest NETT collection in India.