Uyare Review - Parvathy stuns one and all in this powerful story of hope and rise! 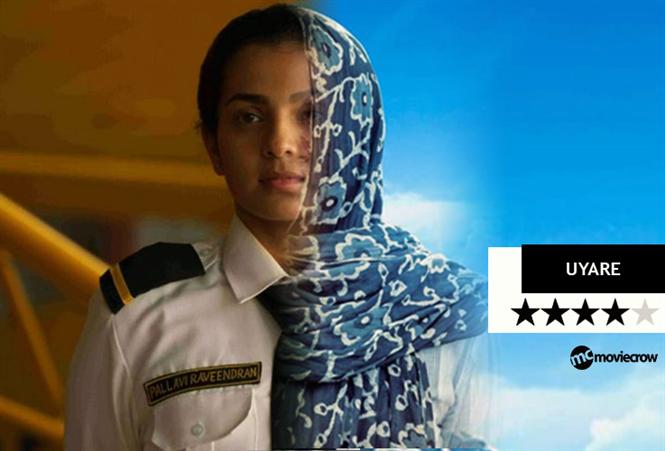 Uyare Review - Parvathy stuns one and all in this powerful story of hope and rise!

In one of the early scenes in Uyare.. we see Pallavi defending her overtly possessive boyfriend (Govind Balakrishnan, played by Asif Ali) to her father. She cites that he was the only one who was there when she had troubled times during her schoolhood. She also tells her friend that him being edgily possessive is love and an assurance of security. Little did she knew then that these are the signs or the alert signals that she kept missing in the buoyance of love!

Manu Asokan's Uyare doesn't tell you the conventional 'it all went wrong at one moment' kinda story of an acid victim. It explores the toxic relationship she never realized being a part of until it went out of hands. Govind indulges in self-harm (he sends her a photograph of his slitted wrist when she shouts at him for calling repeatedly), verbal abuse and later an extreme act of physical violence as well.

Bobby and Sanjay's writing capsules the screenplay effectively to portray the fall, struggle and rise of Pallavi. The journey is steady yet breathtakingly reassures hope. The silence weaves the moments together and blends into the drama. In a terrific scene, where Govind's father visits Pallavi's father to request him to withdraw the case.. Pallavi just enters the house, sits in front of him.. takes off her veil and shows her face! That's it! The impact explodes without any effort to address things.

Asif Ali as Govind gives one of his best performances as this hauntingly evilistic toxic male. The character does demands your sympathy yet claims for nothing but all the hatred in the world for what it ends up doing. Tovino Thomas plays Vishal, who pushes Pallavi to get hold of her dreams once again! The character does play an angel yet the beautiful relationship that strides between love, empathy and friendship comes across as a poetry by the performances.

But.. It is no secret that.. Uyare, singlehandedly belongs to Parvathy. Parvathy as Pallavi Raveendran shines as an unstoppable woman. The beauty is spelled inside out both when she plays the girl and as an acid attack survivor. The performance is not just limited to its physical factors or the effect of prosthetics.. but the little shivers.. little tremblings that Parvathy brings through her half hidden face put you right along with the thought and mind of Pallavi!

The moment where she has to look at Govind and confirms that he is the one.. The way she utters 'What do you mean?' when the judge tells her that Govind is still interested to marry her.. The scene where she looses it all when he visits her back in the flight and talks about how she has ruined his future.. The unbearably choking gulp of frustration that Pallavi has to undergo is brought out by a intensely nuanced performance of Parvathy.

Mukesh Muraleedharan's cinematography vividly captures the tragedy in all its slowburn nature. The painstalking calmness that sweeps into Pallavi's life is reflected through the tone and palette of the film. Mahesh Narayanan's editing compiles a life at its best and worst with a touch of realism. Gopi Sundar elevates the film with his soundtrack and the background score. The theme that keeps intruding into the scenes plays out as a mourning piece of tragedy. 'Pathinettu Vayassillu' by Christa Kala, a stunning track breathes life into the narrative!

The burning fury that runs throughout the film never settle down.. quietly indicating it is never the same! Yet.. When she clicks a selfie of her face and uploads it as a profile picture with a caption 'not over yet..', you feel relieved and genuinely happy for her! Yes! The climax mounts to have a cinematic high. But.. how else we would want this powerful story of hope and rise to end? The film triumphs along with Pallavi in meeting her dreams.. standing up for herself.. not giving up for anyone and anything in the world.. and finding herself back!

Bottomline: Parvathy stuns superlatively terrific in Manu Asokan's Uyare, an affecting drama of not just a survivor but a woman who waves, rises and flies through the tough strides of her life. 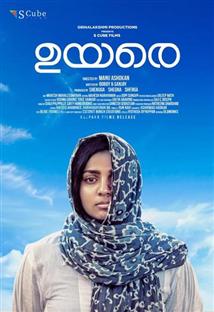