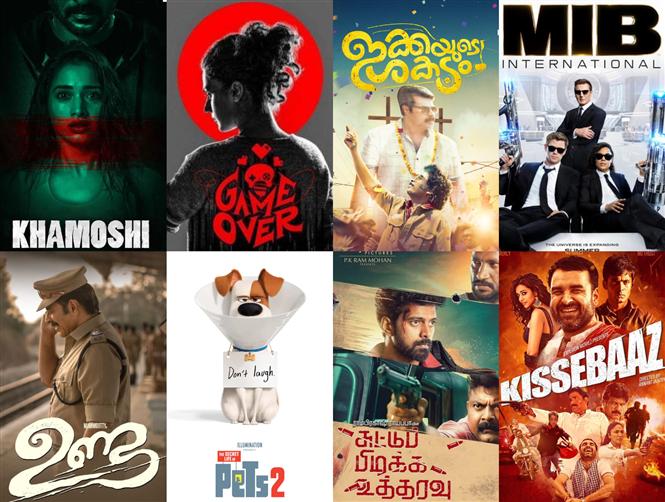 Even as Bharat (Hindi) and Kolaigaran (Tamil) extend their success run on to this week, some new releases have managed to grab attention for their good content. Here is a look at which ones have hit the mark and which ones haven't:


Others
Some other movies which are in theater screens this week are Ikkayude Shakadam a Malayalam film with a Mammootty-fan for the central character, Khamoshi which is the Hindi version of Kolayuthir Kaalam starring Prabhu Deva, Tamannaah and Kissebaaz (Hindi).
MC Pick: Game Over, Unda, Suttu Pidikka Utharavu