Samantha's Oh Baby grossed Half a Million mark in USA 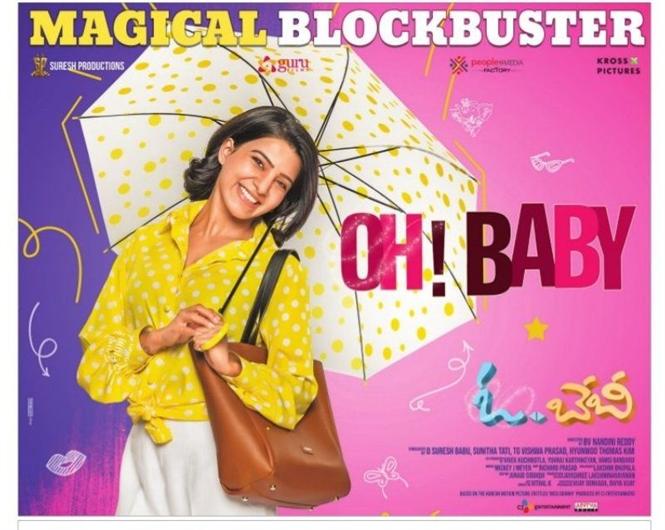 Samantha Akkineni starrer Oh Baby which released on July 5, 2019, has opened to positive reviews from critics and audience. The movie had touched half a million mark in USA at the end of 3 days opening weekend.  Red Heart Movies has released the film in USA.

Here is the break-up of collection:

The movie is declared blockbuster in this region. Oh Baby is directed by BV Nandini Reddy and also stars Rao Ramesh and Naga Shaurya in important roles. The film is produced by People's Media Factory and Suresh Productions and has Mickey J. Meyer for music. The Telugu film is an official remake of a South Korean comedy-drama Miss Granny