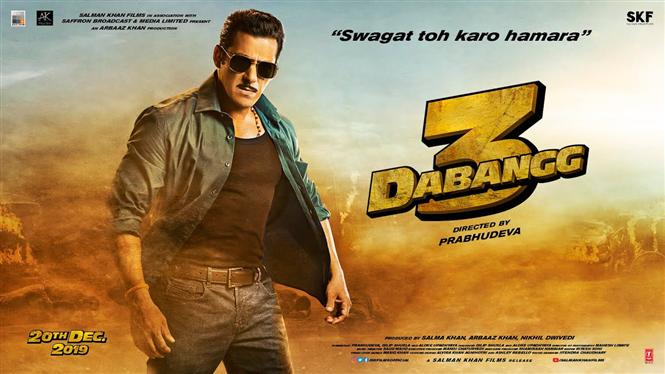 The actor will return to the big screen as Chulbul Pandey in the most popular Dabangg franchise for the third installment. The film directed by Prabhu Deva marks his collaboration with the 'Sultan' actor for the second time after the massive success of 'Wanted' in 2009.

Sonakshi Sinha, who made her Bollywood debut with the 2010 movie Dabangg, has been roped in to reprise her role as Rajjo (Salman Khan's wife) in the film. Dabangg 3 is bankrolled by Arbaaz Khan, Salman Khan and Nikhil Dwivedi. The action drama will be simultaneously releasing in Hindi, Telugu, Tamil and Kannada on December 20.