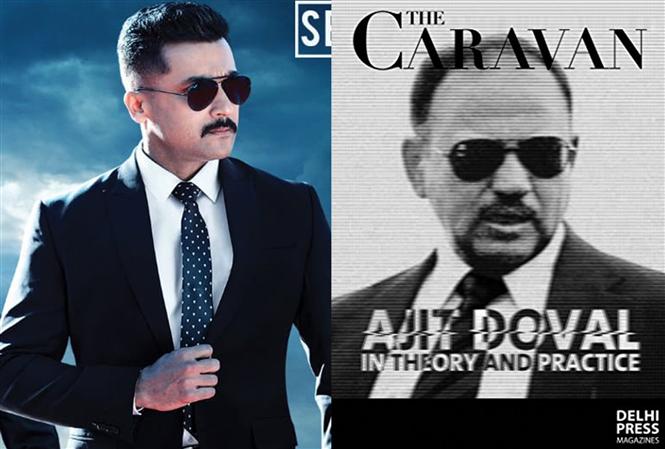 It has been a week since K.V. Anand directed Kaappaan starring Suriya in the lead hit theater screens and with each passing day, fans have been able to unearth new findings about the movie. One of the latest theories to circulate on the internet about the movie is a biographical ode to India's real-life James Bond Ajith Doval, who is currently the National Security Advisor (NSA) of the country, a position held only by four other people before him.   .

To the unknown, Ajith Doval is an IPS graduate who spent three decades in Intelligence Bureau, rising to the level of its chief and was famously brought back from retirement only to be trusted with India's foreign and defense policies. K.V. Anand during one of his promotional interviews had confirmed that Doval was one of the inspirations for Kaappaan stating,

"We researched about the background of National Security Advisor Ajit Doval who was also a part of RAW. His days as a spy in Pakistan inspired that part in our script. We take research quite seriously."

However, those who've watched the film suspect that Doval was 'more than an inspiration' and have spotted one too many smiliarities between the former real-life spy and the film's lead Kathiravan/Kathir.