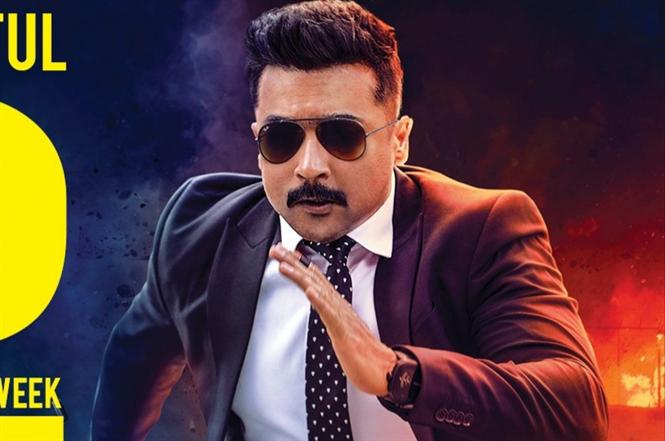 Suriya's Kaappaan has now entered the second week of run and managed to post steady collections. Despite the harsh reviews from most of the critics, the film managed to gain good word of mouth among general public.

Suriya and Mohan Lal's combo ensured the best run in Kerala and UAE territories.  At the end of 10 days run, the film got a Super Hit status as publicly confirmed by Kerala distributor.

As per sources close to Anbu of Gopuram films, Kaappaan sailed past profitable territory quite comfortably as of Saturday & Sunday. The TN gross collections as per the trade sources quote north of 50Cr and on the lower end, conservative estimates from distribution sources quote 47.5 Cr. In Chennai, the movie crossed 5.3 Cr as of Sunday night shows.

In sharp contrast, Andhra Pradesh and Telangana turned out to be below average at the BO and a biggest disappointment for Kaappaan is at the USA due to poor release strategy and critic reviews -- both these factors drastically impacted the opening weekend collections.

The distribution sources reveal that the film had made a "table-profit" for the producers (Lyca Productions) even before the release, which is said to be around the Rs.15 Crores on a conservative basis.