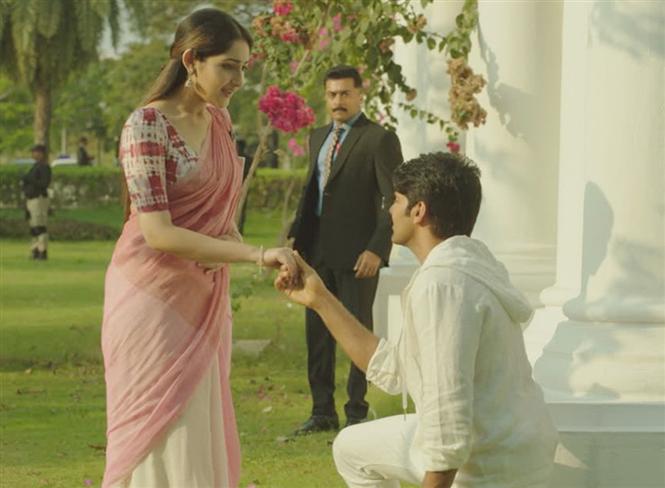 The makers of Kaappaan have surprised Suriya fans by releasing two deleted scenes video from the film. One of the video features Suriya, Sayyeshaa, Samuthrakani and Sujatha (Suriya's mom) who are engaged in a deep conversation. The other video is a proposal scene featuring Arya, Sayyessha and Suriya.

The video songs of Hey Amigo, Sirikki and 'Kurilae Kurilae' . Kaappaan is a political thriller film directed by KV Anand. The film also stars Mohanlal, Arya, Sayyeshaa and Boman Irani among others. The movie has music by Harris Jayaraj and has been produced by Lyca Productions.