Garnering good response for her naturalistic performance in ‘Kumbalangi Nights’, Anna Ben has now played lead role in ‘Helen’, which has been getting tremendous reception for the trailer. With a running length of 1 minute 51 seconds, the trailer starts with the establishment of characters including Anna Ben as Helen, who wants to fulfill the financial commitments of her family since her father (Lal) is spending day and night for it. Her life gets more perfect with a decent job at a leading restaurant and her innocuous boyfriend as well. However, the latter part of the trailer dives into edge-seated moments, where she gets locked inside a room and everyone is in search of her.

As the film’s tagline says, “Sometimes Ever: To Live is an act of Courage”, we can expect that the entire movie about how she survives the toughest situation and comes out of it.

Directed by Mathukutty Xavier, the film is produced by Vineeth Srinivasan for Habit of Life in association with Big Bang Entertainments. The film is written by Alfred Kurian Joseph, Noble Babu Thomas, Mathukutty Xavier with Shaan Rahman composing music. 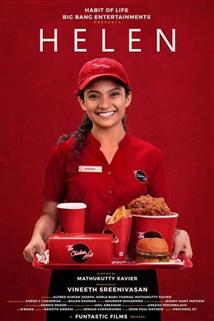