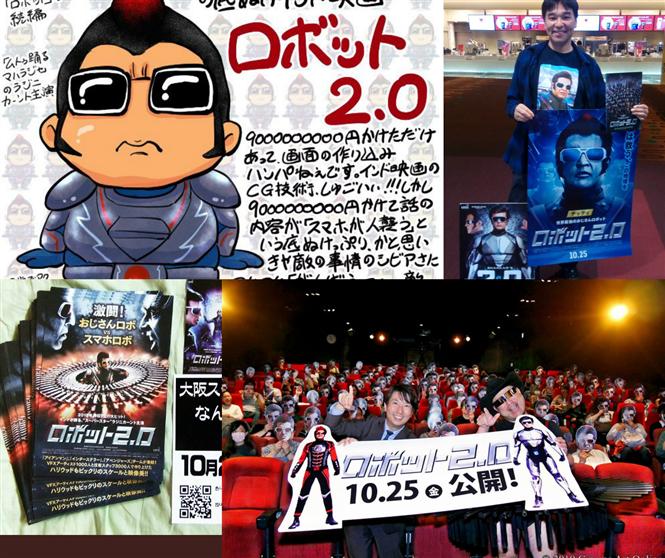 That Superstar Rajinikanth has a strong fan base in Japan is a known fact. Shankar's sci-fi thriller 2.0 which hit the screens in India in November 2018 is releasing in Japan today. The Japenese version of the film has been titled 'Robot 2.0'. Superstar's Japenese fans who can barely contain their excitement  are already celebrating the film's release with Fan-art, masks, posters, banners, T-shirts and the likes.

2.0 starring Rajinikanth, Akshay Kumar and Amy Jackson in the lead roles is produced by Lyca Productions. 2.0 explores the harmful effects of radiation emanating from mobile phone towers and its effect on birds and animals. The film also imparts an important social message that the world does not only belong to human beings but also to other living things.