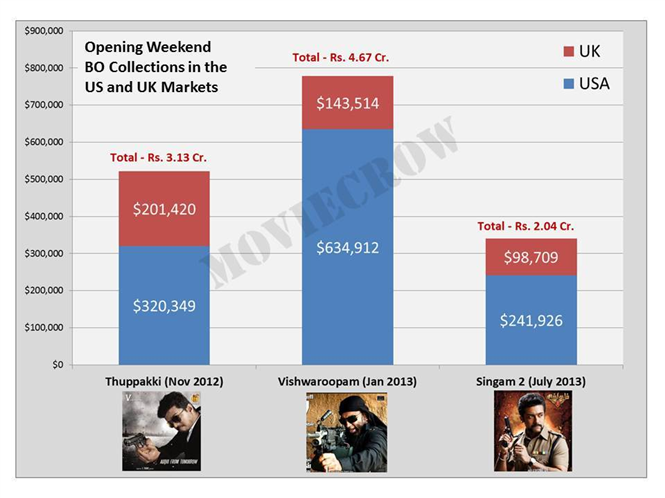 Singam 2 performance has been exceptional in the US market and it has emerged one of the highest in the recent times. Singam 2 has been highly profitable venture for all the people in the trade. However, there are a number of inflated box office numbers peppered with superlatives thrown around by trade pundits in popular media. To puts things in perspective, here is a quick comparison of top 3 movies that released during the last year.

Singam - 2's Record Breaking Performance in the US Market

Singam -2 wobbles in the UK market

However, the UK market has not been that exciting for Singam-2. Suriya's fan base in Europe and UK are not huge compared to the likes of Rajinikanth and Vijay. Singam-2 pulled in a very moderate box office collection of roughly GBP 65,800, which is significantly lower than Thuppakki, Mankatha, 7aum Arivu, Vishwaroopam, Maattrraan, Billa 2, and many others. Singam-2 is expected to do well during the 2nd weekend and bridge some of these collections. 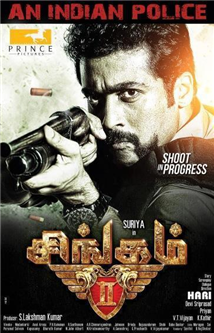