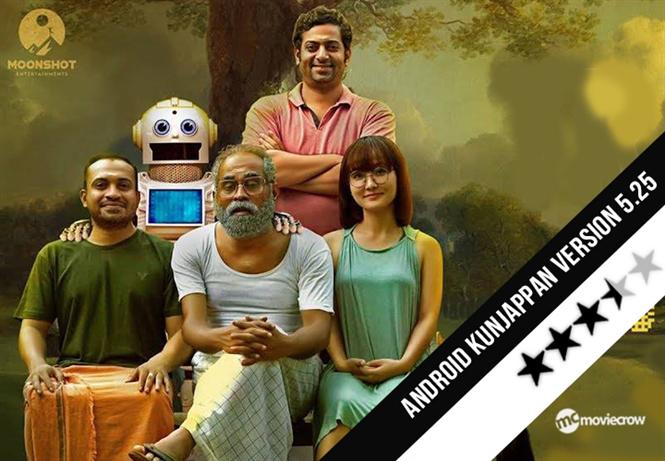 Like how Ayushmann Khurana's films bridged the gap between mainstream cinema and middle-class tales, Soubin's cinema is quietly turning into a genre on its own. In Sudani from Nigeria, we see him bonding with a Nigerian. In Kumbalangi Nights, we see him welcoming an African woman into his family. And now, with Android Kunjappan Ver 5.25, he vibes with a robot.

The film holds an interestingly cute premise of a son leaving a robot to take care of his ageing father's need back home. And how this conservative, old-school, adamant old man develops a father - son relationship with the machine forms the crux. This stretch is told in the most heartwarming way it can be narrated.

Suraj Venjaramoodu plays Baskaran, this rigid small town villager who has his own way with things. The earlier scenes involving him and the house nurses he keep driving away are hilarious. Despite the attempt to look old in physical appearances, he also brings in the insecurities and intimidating tones of elderly people with ease. Soubin as Subramanian is beyond just 'convincing'. The relationship he shares with his Japanese girlfriend is a treat to watch. There is never an over-done emotion or a reaction. Be it the sadness or the celebration, he keeps it in the subtlest of range.

The film is packed with loads of hilarious reactions and counters. And, to me, the best of all was when Soubin tells Suraj that the robot is of upper caste from Japan. Another heartwarming flavour to the film is the love story strung between Suraj and his unrequited love, Soudabini, played beautifully by Parvathi. The episode brings you blush and lits up the screen. And how the robot helps the track with its hand on technology is brilliantly written.

Sanu John Varghese's cinematography captures the mundaneness of Payyanur. Bijibal's score and the soundtrack brings the much needed air of warmth the tale demanded. Saiju Sreedharan's editing packs the moments and montages without collapsing the overall mood and rhythm of the film.

With a genuinely intriguing premise, handful of artists and an authentic setup between robotics and human emotions, the film is truly a triumph of writing. Though, the climax stretch where the robot is antagonised and Suraj's relationship with it is portrayed as 'gone too much' falls all too quick and rushed, the final moment where he sees Kunjappan in his son is a beautiful way to end the film.

Bottomline : Ratheesh Balakrishnan Poduval's directorial 'Android Kunjappan Version 5.25' is the kind of cinema that keeps smile on your face right from the start. In this little tale of heartening emotions.. Suraj and Soubin along with the robot shares a beautiful bonding that comes alive through the interstingly written screenplay. 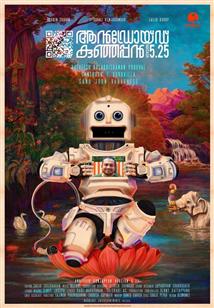