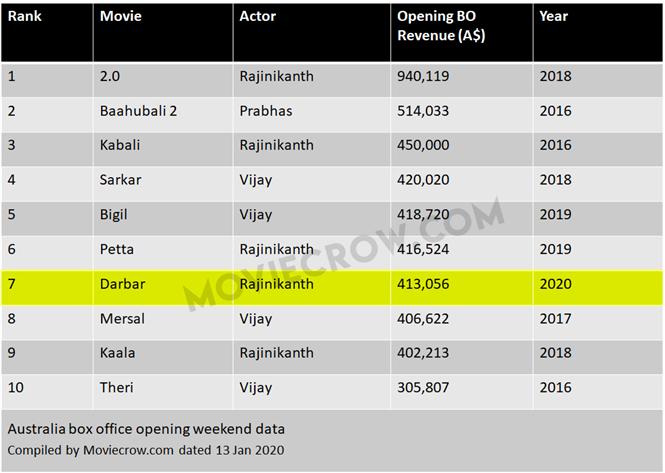 The hugely awaited ‘Darbar' starring Rajinikanth and Nayanthara in the lead roles directed by AR Murugadoss which hit the screens on January 9 opened to positive reviews from  critics and audience. The film has turned out to be a huge money spinner at the box office and across all quarters.

In Australia, Darbar has emerged as the seventh highest opening weekend grosser of all-time. The action entertainer has minted A$ 413,056 (Rs. 2.02 cr) in its opening weekend.