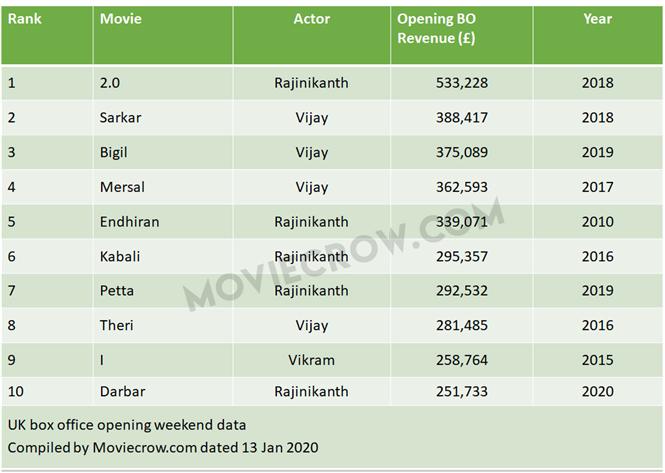 Rajinikanth's Darbar which hit the screens for Pongal worldwide has been doing good business both at the domestic and overseas markets. Darbar which released on January 9 enjoyed a four-day long extended weekend at the Box Office.

Despite facing a tough competition from biggies like Chhapaak, Tanhaji: The Unsung Warrior, Sarileru Neekevvaruand AlaVaikunthapuramuloo the film has managed to rake in big moolah at the ticket windows.