Amala Paul's upcoming adventure-thriller Adho Andha Paravai Pola had a trailer release recently and the same can be viewed above. The movie is about a a young lady who journeys through a wild forest and even wilder humans, and her escape from the place against all odds is what forms the rest of the story.

The trailer garnered the attention of director Pa. Ranjith recently who took to twitter to state, "The trailer was unique. New Crew. Congratulations to KR Vinoth who has directed a film with woman and fights in Israel as the theme, Amala Paul and crew". The film is directed by Vinoth K.R. and produced by Century International Films. 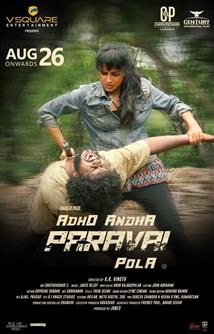