Santhanam's 'Dagaalty' and Sasikumar's Nadodigal 2 which hit the screens last week has failed to create a mark at the Box Office. Santhanam's comedy entertainer where he teams up with Yogi Babu received negative response from critics. Naadodigal 2, a sequel to the 2009 film Naadodigal, bagged mixed response for being preachy and lacking engagement.

Both the films witnessed poor performance during the weekdays due to poor word-of-mouth. According to trade, the film have been a complete washout at the box office and have recovered only 30% of its investment.

With two new releases, Mani Ratnam's multi-starrer Vaanam Kottattum and Jiiva's Seeru hitting the screens this week, the screen count and shows have been considerably reduced for these films. 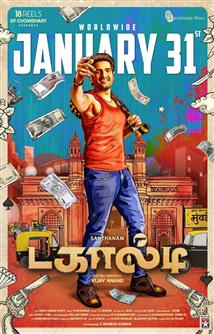