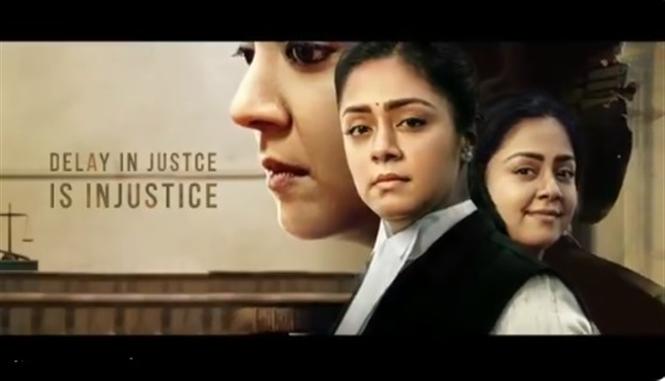 Taking to his social media page, actor Suriya whose home production Ponmagal Vandhal is gearing up for a direct OTT release on May 29, 2020 shared the trailer release date for the movie. The film which is premiering worldwide on Amazon Prime Video will have its trailer out on May 21, 2020.

Ponmagal Vandhal is directed by debutant JJ ​​Frederick and stars Parthiban, K Bhagyaraj, Pandiyarajan, Thyagarajan and Pratap Pothan among others. Jyothika essays the role of a lawyer in the film which has music by Govind Vasantha and cinematography by Ramji.