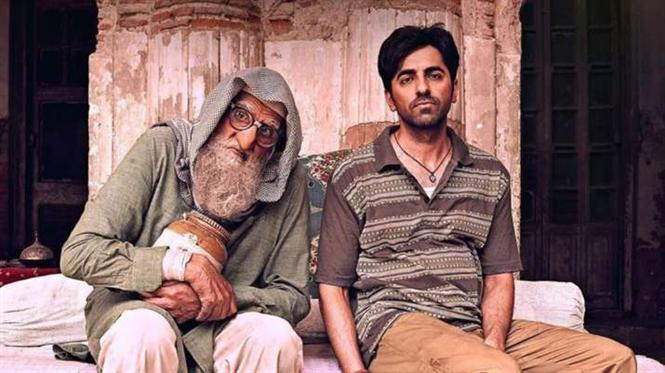 Actors Ayushmann Khurrana and Amitabh Bachchan’s big, direct digital release titled ‘Gulabo Sitabo’, has hit Amazon Prime! Tracing the lives of simple yet quirky characters that live within a dilapidated mansion, director Shoojit Sircar and writer Juhi Chaturvedi, try to give us the drama that unfolds within Fatima Mahal (the mansion). Does Gulabo Sitabo live up to the expectations of audiences?

Mirza (Amitabh) and Begum are married for many years and are ageing together along with their very old mansion (Fatima Mahal) in Lucknow. They have a number of tenants that live within this mansion and the most problematic one of them is Baankey (Ayushmann), who barely pays the rent and always argues. Mirza wants to get hold of this mansion that is written in his wife’s name and simultaneously, Baankey brings in an archaeological officer (Vijay Raaz), who promises to do good for all the tenants. However, the 95 year old Begum has other plans and how all the characters are affected by this mansion forms the rest of the story.

As for the casting of Gulabo Sitabo, one can say that the makers have gone in for a peculiar mix of actors for the various roles. Of course to start off with, Ayushmann as Baankey and Amitabh as Mirza do justice to their whacky roles. Ayushmann in particular is seen in a never before avatar and Amitabh aces the 78 year old man. Farrukh as Begum, is an interesting choice and so is Vijay Raaz as the archaeological officer. Shrishti as Guddo has a nice role to play and a lot of smaller roles seem to register well, mainly due to the look and feel of the way they are designed.

Gulabo Sitabo is a slice of the lives of people in Fatima Mahal’s premises. One must patiently understand the purpose of each of these characters before the drama unfolds. At first, it does seem a little slow and the proceedings take time to settle in. Ayushmann’s funny rivalry with Amitabh is something that is enjoyable and the toilet breaking portion in the first few minutes is very naturally shot.

Almost all the houses in the film have ancient architecture and so does the age old mansion. The mansion to be frank is a character in itself and the most important of them all. The emotion it holds can be termed the crux of the story and most events are centered around who would get hold of this mansion. Be it the streets of Lucknow, the rickshaws, the costumes or even the dialogues in most scenes, we are drawn into this part of the country where poverty is the new normal. Kudos to the makers for sticking to this and not opting for grandeur at any instance. Technically, the film has a decent deal to offer. Cinematography by Avik is natural and the movements are not very filmy. Edit by Chandrashekar one might wonder could have been a little crisper. Music by Shantanu Moitra serves the purpose in terms of background score. But what deserves true credit is the extraordinary art work and the simple, yet real costumes and locations that have been opted for by the makers.

Some of the mention worthy scenes of Gulabo Sitabo find themselves in the latter half of the film. Be it Begum’s 95th birthday celebration scene or Ayushmann’s encounter with his heartless ex, the twists and the suspense has been saved for the last few minutes. However, a lot of the general audiences might feel the first 30 odd minutes to be lengthy, though this sort of a drama film requires a slower pace. This could have had some more engagement considering the fact that most of the film is set inside a mansion.

On the whole, Shoojit Sircar’s Gulabo Sitabo presented to us by Amazon Prime has some intricate elements in the form of human values, emotions and the worth of what can be termed truly ‘old’. Ayushmann and Amitabh perform well in this irony based, drama - comedy film with an emotion driven layer. However, if you are expecting pure entertainment, this could not be your weekend flick as the entire picture has a slow-ish pace to it. If you are ready to sink in with the patience required, enjoy and cherish this simple realistic story about ‘Fatima Mahal’ and its residents!

A realistic take on ‘ living space’ and what it means to its various people! 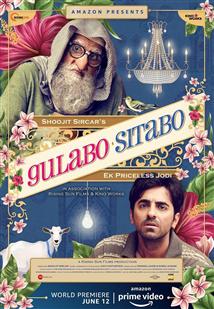