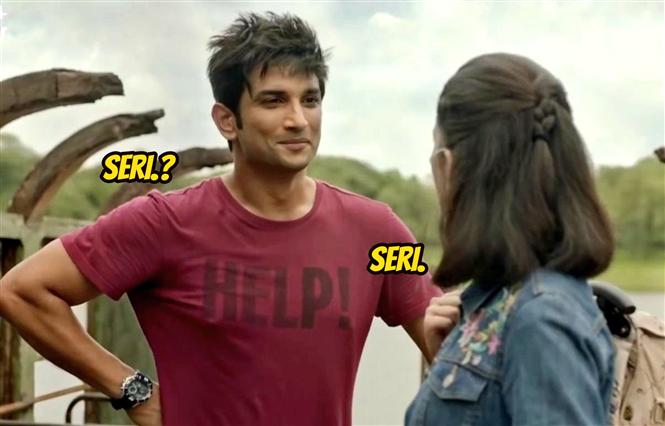 To those who've read or watched The Fault in Our Stars, Agustus "Gus" Waters was a charming young lad with an impressionable zest to him and that is exactly what comes across from Sushant Singh Rajput in the newly released Dil Bechara trailer. Sushant's first posthumous release, Dil Bechara is an official Indian adaptation of The Fault in Our Stars and also stars Sanjana Sanghi in the lead.

While Sushant in the film's posters was shown wearing a Rajinikanth mask, in the trailer he is seen speaking Tamil. The famous 'ok..ok..' phrase from the original is even used as 'seri..seri' (Tamil equivalents of the word ok) in the movie. Dil Bechara, helmed by former casting director Mukesh Chhabra will premiere on Disney Plus Hotstar on July 24, 2020.

The movie has music by A.R. Rahman.