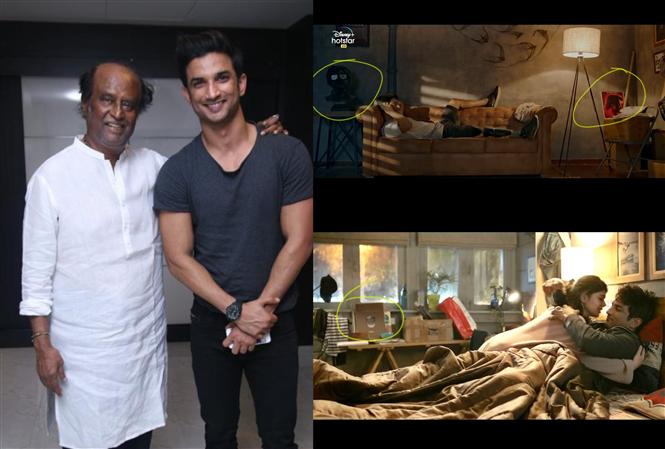 Sushant Singh Rajput's final film Dil Bechara is all set to get an OTT premire on Disney+ Hotstar and the film directed by Mukesh Chhabra will be available to stream starting July 24, 2020. While the movie's initial posters already hinted at Sushant being a 'Rajinikanth' fan, the recently released trailer has revealed that he plays a Tamil-speaking Rajini super-fan.

In the trailer, while Sushant is not only shown teaching Tamil to heroine Sanjana Sanghi, but also has many framed with Rajinikanth posters in the background. When this was spotted by Rajini fans on the internet, one social media user even came forward with the revelation that there is a scene in the movie where the cancer-stricken characters try to catch a show of Kabali in theaters.

There is a sequence in this film, in which these people go to watch the movie (kabali), this sequence is shot a short distance away from my house. I’m from Jamshedpur

While Dil Bechara is a posthumous release for Sushant, he has met Rajinikanth twice in his lifetime - once when M.S. Dhoni introduced Sushant to the star-actor (video below) and the second time at Prime Minister Narendra Modi's swearing-in ceremony in 2019.