Rajinikanth, Kamal Haasan open up on equations with K. Balachander! 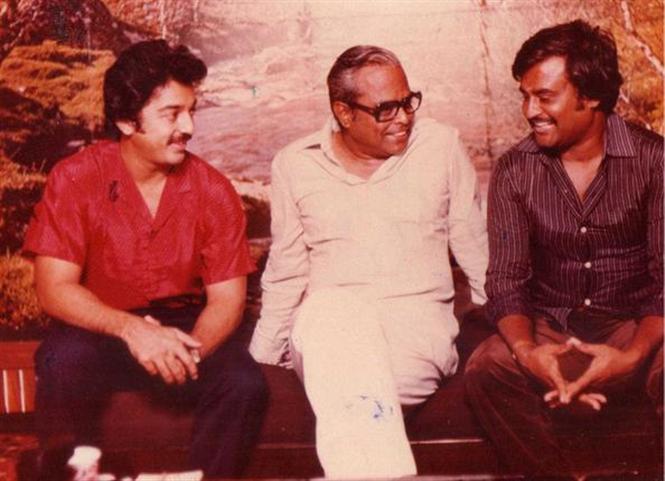 It was veteran director K. Balachander's 90th birth anniversary recently and the two stars he produced during his time in Kollywood aka the Tamil film industry paid homage to their late mentor on social media. 'Superstar' Rajinikanth and 'Ulaganayagan' Kamal Haasan sent out video tributes and they opened up about the relationship they shared with with 'KB Sir', even if they have mentioned it throughout their careers.

Rajinikanth who owes even his screen name to K. Balachander said, "He chose me, gave me a name, he completely removed my weaknesses and showed me my strength and made me a complete actor. He made me a star in Tamil film industry. My parents, my brother and Balachander sir are four gods in my life."

The actor further added, "when KB sir comes into the set, everyone including technicians to light boys salute him, he had that kind of aura, which I have not seen in anybody. I am not saying this because he is my guru. He was that kind of personality."

Kamal Haasan on the other hand added a tweet to his video tribute which read, "Mr.K.Balachander. A mere name with fame that I heard as a teenager. Who would have thought he would take many roles in the life of an actor like me. Benefactor, mentor, collaborator, father & now when I think of his child like energy, I feel the pride of a father..My salute to this important son of Indian Cinema."