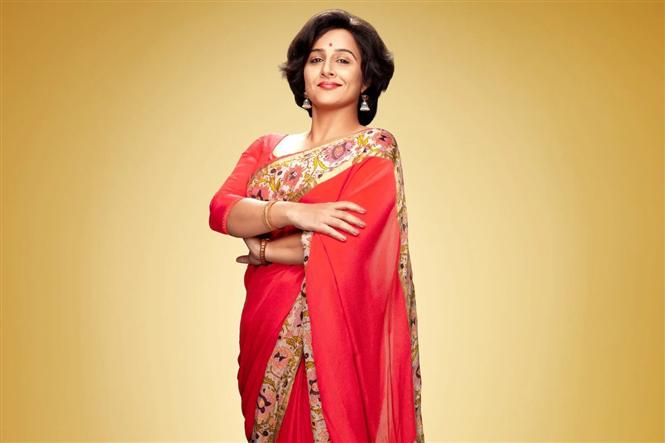 Vidya Balan delivers big in this predominantly engaging film on the legendary mathematician!

Shakuntala Devi, as the name suggests, is the much awaited biographical film on the extraordinary woman who became the prodigy mathematician of India! The genius Shakuntala is played by Vidya Balan and it is brought to us by director Anu Menon, Sony Pictures and Amazon Prime! Tracking the life, losses, sacrifices and achievements of Shakuntala Devi from her childhood till her old age, this 2 hour movie covers it all. How has it fared among audiences?

Hailing from a very small village, the genius child Shakuntala Devi is noticed by a young boy and her talent astonishes everybody. However, she has a really small minded dad and a timid mom who do not realise her value. To add to this troubled childhood, she loses her dear sister due to lack of care of her parents. After a point, Shakuntala decides this is not her life and leaves for London where she gets acclaimed and slowly, the entire world begins to celebrate the brilliant woman Shakuntala Devi. However, does such a gritty, successful woman have a successful family and personal life too? What does her husband and her daughter think of her and what is her life’s purpose? These questions get answers in this Vidya Balan starrer and in a fairly convincing manner.

Vidya Balan as Shakuntala can be termed as the best choice for such a powerful character. She shoulders the film entirely and steals the show with her subtle reactions, extraordinary memory power, wit, emotions and so on. Since the film requires her to play Devi in her various age groups, a lot of effort has been put into the look and feel of her character. Other actors who impress include Sanya Malhotra as Shakuntala’’s daughter, Jisshu Sengupta (husband) and the impressive Amit Sadh (son in law). Other smaller roles do not leave a large impact.

As for the storyline, this is partially that film that glorifies the achievements of the great personality that Shakuntala Devi was. However, it also does have portions that keep reminding us of how she could have been a more understanding mother, wife and mother in law to the close people she lived with. In fact, one might think what could go wrong with a millionaire genius’ life! That is also the fix. A person who has a flourishing career does not necessarily have a happy personal life and often become loners because of the fact that they stand apart from normal people. A large part of the latter half of the film deals with this issue and is quite interestingly shot. Some of the mention worthy scenes would include the first time that Shakuntala got the title of ‘The Human Computer’ by beating an actual computer device while solving a sum. Other scenes that impress are the conversations between Shakuntala and her daughter, the flashback portions that track Shakuntala’s rise from childhood and some scenes that reveal the drawbacks of her personal life in the last quarter. A few scenes could have had less glorification and a slightly better paced, rise of the legend. Some of the scenes seem too convenient and require a little more realism. The struggle does seem real in some places but not at all points. Sans some of the compromises to squeeze it all within the 2 hour film, this could have been a more genre specific attempt.

Technically. Vidya Balan’s film is sound. Director Anu Menon has got the right tones from the colour and DI team to reflect the flashback portions and the cinematography is adequate. Music could have added more soul and some transitions could have been used in the edit pattern to help differentiate between the past and present. However, most aspects seem quite functional for a biographical film of this sort.

On the whole, Vidya Balan steers the ship home and it is safe to say that Shakuntala Devi the movie is a good watch for those who are interested to know more about the math genius and her life. It is also an eye opener for those who consider women as mere objects next to men. A woman can achieve anything in her life if she has the will and determination and this has been conveyed in a convincing manner. Watch Shakuntala Devi for the stellar performance of Vidya, fairly engaging screenplay and timely emotions that work!

Vidya Balan gives her best in this biographical film on ‘Devi’! A good attempt to bring out the different stages of the math genius’ life! 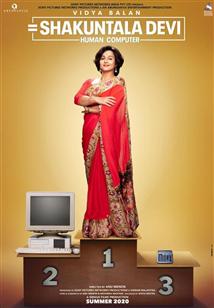