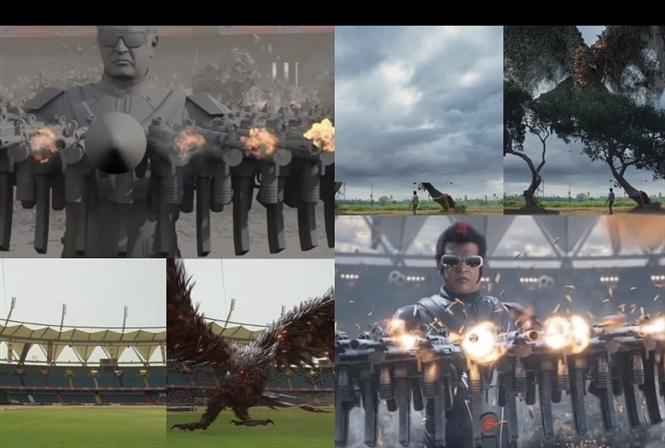 2.0, a 2018 movie starring Rajinikanth, Amy Jackson and Akshay Kumar is India's most expensive production made at an estimated budget of Rs. 570 Cr. The movie came loaded with visual effects as the story followed the conflict between humanoid robots and a vengeance seeking spirit.

Almost 2 years since this visual wonder released, Srinivas Mohan the National award winning visual effects designer of Sivaji, Enthiran, Baahubali fame has unveiled a never-before-seen breakdown video, which gives us a peek into how some of the special effects were created for the film.

Produced by Lyca Productions, 2.0 was a PAN Indian movie directed by Shankar and had Srinivas Mohan as the VFX supervisor.