Katteri Trailer No. 2 feat. Vaibhav, Sonam Bajwa, Varalaxmi is out!

Recently it was announced that actor Vaibhav's upcoming film Katteri which also stars Sonam Bajwa, Varalaxmi Sarathkumar and Aathmika in the lead will be releasing in movie theaters instead of OTT platforms this Christmas. Now, the team has dropped a new trailer for the movie which takes us further into the eerie world of director Deekay.

Produced by Abi & Abi Films in association with Studio Green, Kaatteri has Prasad S N for music, Vignesh Vasu for cinematography and Praveen K.L. for the edits. Catch the previously released teaser and trailer of the movie here and here. 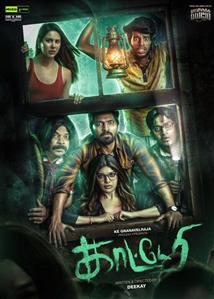